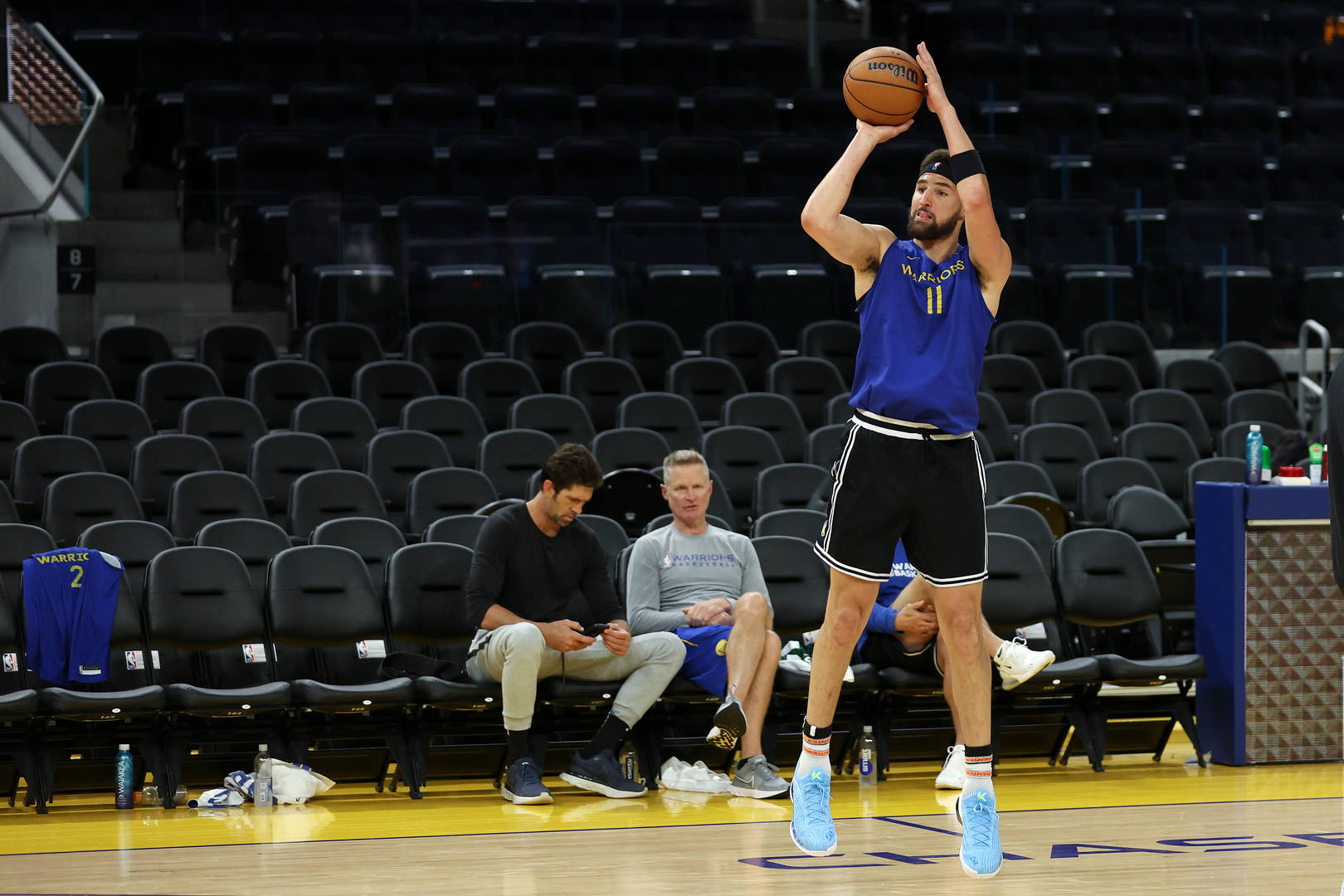 Klay Thompson is back in the Finals after a couple of years away from the game.

Klay Thompson is one of the best shooters of all time and it is only fitting that he plays in the same back court as someone like Steph Curry who is the definitive greatest shooter of all time. Over the last couple of seasons, Thompson has been out of the game due to the fact that he has struggled with ACL and Achilles injuries.

This season, Thompson was able to make his grand return to the court and he picked up right where he left off. Now, the Warriors are right back in the NBA Finals which just goes to show he is a large part of this team’s success.

Today, Thompson took part in media day as the NBA Finals start tomorrow night. At one point, Thompson was asked about his mindset going into this year’s finals, and how it has changed since years past. As you will see, Thompson is just a lot more grateful given the adversity he has been through.

“I think I’m definitely more reflective now, just because it can be taken away from you like that, one misstep or one bad jump … Now I just try to find joy in every routine I do,” Thompson said.

Now, Thompson could go down in history with his fourth NBA title. If he does it, then there is no doubt he and the rest of this Warriors dynasty will be remembered as one of the greatest ever.