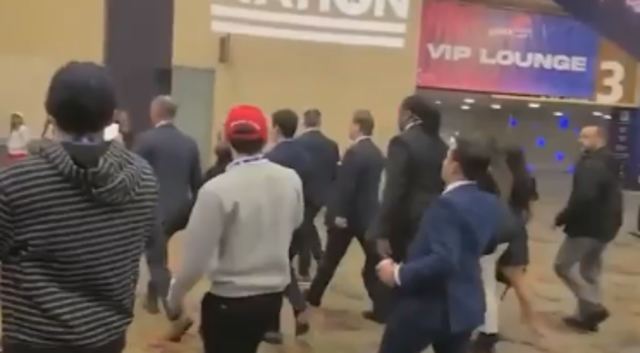 Rittenhouse — who was recently found not guilty on all charges for firing his weapon in Wisconsin, killing two men — was followed by a conservative independent journalist at Turning Point USA’s America Fest event in Phoenix. The journalist, Elad Eliahu, shared footage of the incident to Twitter and explained: “Asked Kyle Rittenhouse why he supports BLM before Turning Point USA security wrapped me up and removed me from the conference.” Prior to Rittenhouse’s appearance, Trump Jr bashed Joe Biden at the event and got the crowd to take part in an anti-President Biden “Let’s Go Brandon” cha