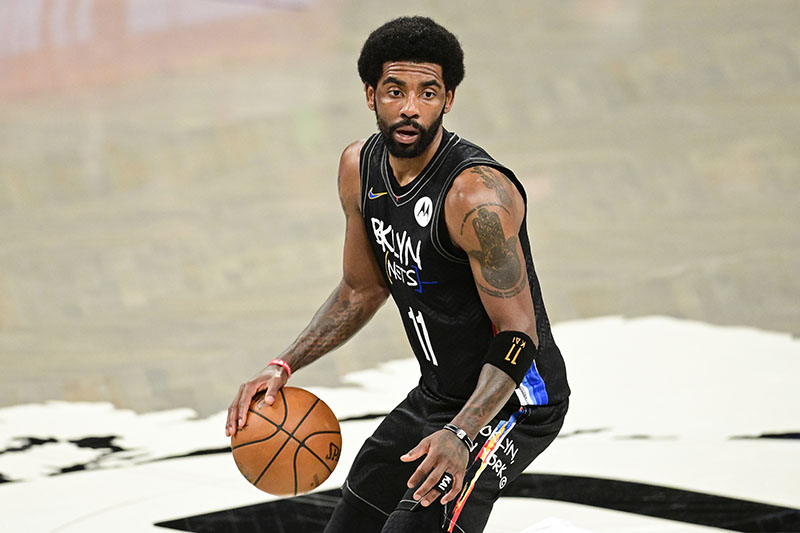 According to the NY Post, “people close to” Irving say he could be convinced to get vaccinated if a plant-based Covid-19 vaccine is approved.

Irving, who is a vegan, was forced to sit out the 2021-22 season and forfeit millions in salary and bonuses after he refused to get the Covid-19 mRNA shots.

A New York City mandate prohibits the superstar guard from playing home games at Barclays Center. The Nets suspended him from playing road games if he is unvaccinated.

Researchers are working on genetically modified plant-based vaccines that they claim are effective against the coronavirus.

A Canadian company has reportedly developed the world’s first 2-dose plant-based vaccine that could be approved for emergency use by the end of the year.

The 2-dose injections reportedly showed a high efficacy rate against Covid, according to Quebec company, Medicago.

The plant-based vaccine is made by inserting a genetic code into bacteria, then a tobacco plant is soaked in the modified bacteria. The genetic code (similar to mRNA) “teaches” the plant to make a virus-like protein which is then used in the vaccine.

The virus-like particles derived from the tobacco plant is said to stimulate the body’s immune system to make antibodies.

Clinical tests showed 71 percent efficacy against all variants and 75.3 percent against Delta when enhanced by GlaxoSmithKline’s Covid-19 booster.

The plant-based vaccine’s efficacy against the new Omicron variant is unknown, according to Yahoo News.