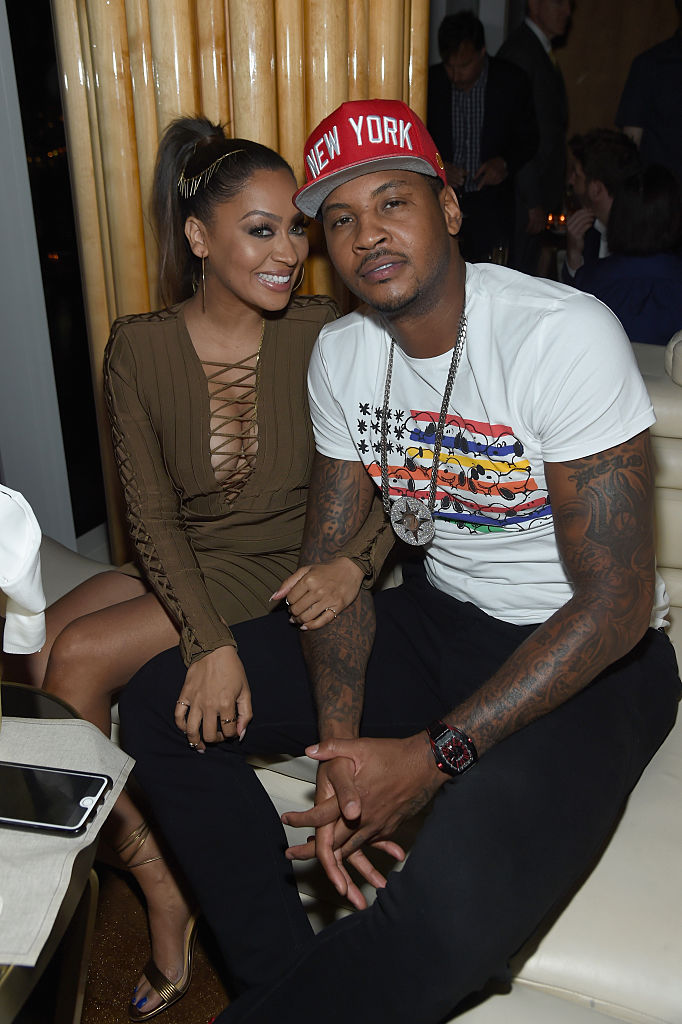 The “Power” actress thanked her fans for the love they’ve shown her since her interview with Charlamagne Tha God aired.

It’s been nearly a year since La La Anthony filed for divorce from her husband, Carmelo Anthony, and after taking some time to reflect and heal, the BMF actress is ready to talk about her decision. Recently, she sat down with Charlamagne Tha God, revealing to him that making the choice to walk away from her husband was an “incredibly hard” one.

The two stars were conversing as a part of The Hollywood Reporter‘s Emerging Hollywood series. Anthony admitted that being in a high-profile relationship for such a long time came with “a lot of pressure,” adding, “When it’s good, it’s good. And when it’s bad, it’s bad.”

“Because when it’s bad, then everybody got something to say about it… I went into it because this is somebody I loved. I was leading with love. I wasn’t leading with anything else.”

The mother of one acknowledged that people warned her about the risks of being in a relationship with a basketball star, but she said she “didn’t think that was gonna happen,” addressing infidelity rumours that surfaced during a past breakup. “It happened, and it was a learning experience, and it’s just another chapter in my life that I can learn from,” Anthony told Charlamagne.

The Power actress made it clear that walking away was “an incredibly hard decision” for her. “Walking away on your own and trying to rebuild a life by yourself… I was with him when he was 19 years old, like that’s all I’ve known.”

“To step away from that and try to build my own life and still keep my sanity and keep things normal for my son who only knew his mom and his dad together – that wasn’t the easier decision, but I had to make a decision for myself. So now it’s like, wow, if I could do that, I could do anything.”

Anthony went on to share that now, she and Melo are happily co-parenting their 15-year-old son, and are trying to “be a great example” for him. “We’re still a family and we do things together. I don’t want my son to look at his parents like they didn’t get along. He’s looking at us as an example.”