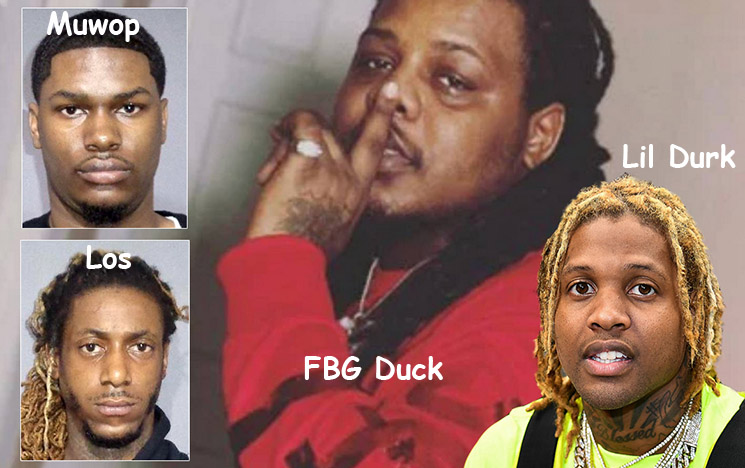 Marcus “Muwop” Smart and Tacarlos “Los” Offerd (bottom left) are among five gang members named in a federal indictment. All five are in federal custody and are not expected to be released before their trials.

A sixth suspect killed himself in August 2021 — a year after FBG Duck’s death.

In the indictment, Tacarlos “Los” Offerd, 22, reportedly purchased a vehicle used as a “lead car” one week before the August 4, 2020 shooting.

After the shooting, Offerd returned the vehicle to the car dealership after he was accused of falsifying his car loan application.

The vehicle was caught on police surveillance cameras and license plate readers the day of the shooting.

Smart, 22, is the best known of the five defendants. He was with Chicago rapper King Von when he was shot and killed by aspiring rapper Lul Timm outside a hookah bar in downtown Atlanta last year. 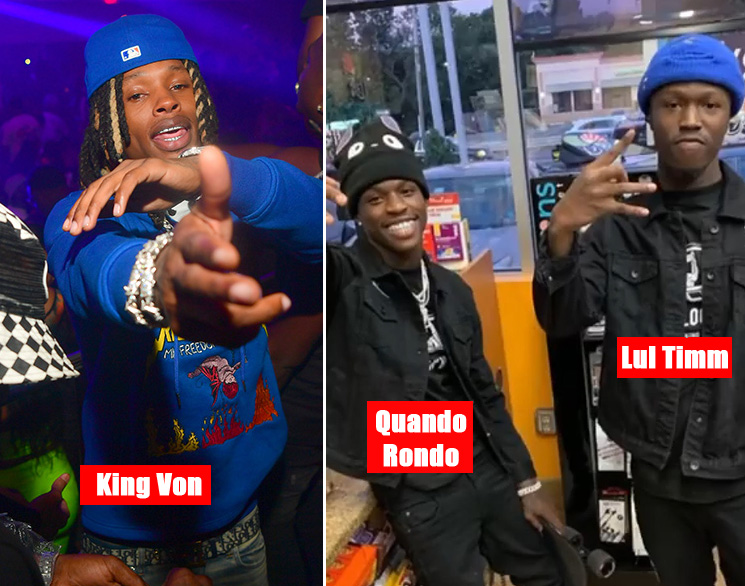 Smart is seen in surveillance video (in white t-shirt) punching Rondo, then assisting the mortally wounded King Von to a car. 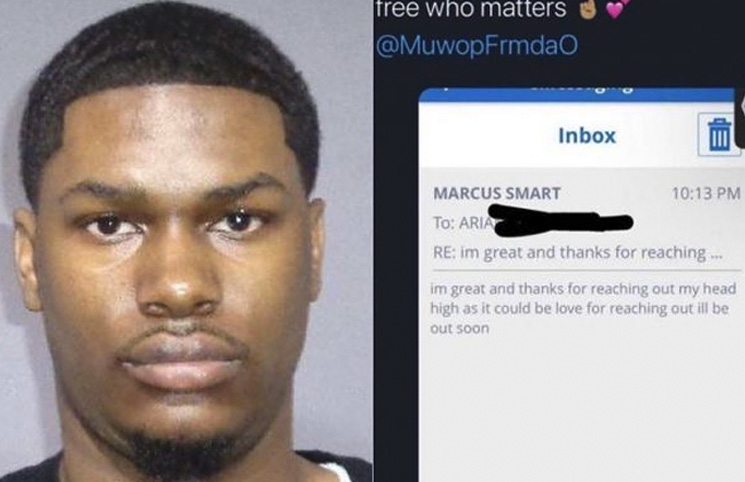 In a message to a fan on Twitter, Smart said he’s keeping his head held high and that he’ll “be home soon.”

However, his release from federal custody is not likely to happen soon.