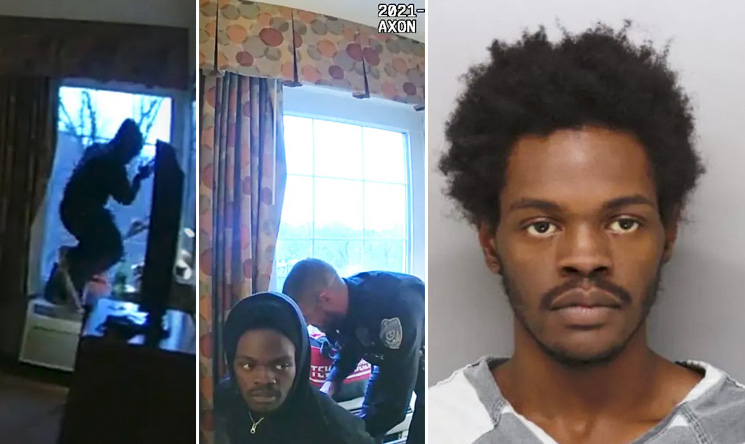 A suspect accused of kidnapping and assaulting a woman tried to flee from police by jumping through a hotel window 6 floors above the ground.

The incident happened on Sunday morning at a Quality Hotel in Blue Ash, Ohio.

A moment later, he slipped the cop’s grip and fled toward the window where he tried to jump through it.

But the reinforced glass didn’t break and the suspect bounced back into the room.

“Where you going?” the officer asked, before cuffing him.

The Blue Ash Police Department said cops responded to a welfare check call after an employee saw the suspect with a woman who appeared to be in distress.

The employee told police “She was discreetly able to ask the female if she was okay and the female used body language to indicate that something was wrong.”

When police arrived to the suspect’s hotel room, they asked him if “something happened” between him and the woman. George nervously answered their questions, before attempting to flee through the window.

George was charged with kidnapping, rape and assault. He will be served Thanksgiving dinner at the Hamilton County Justice Center where he is being held on $100,000 bond. His trial is scheduled for December 1.

The woman was transported to a hospital.