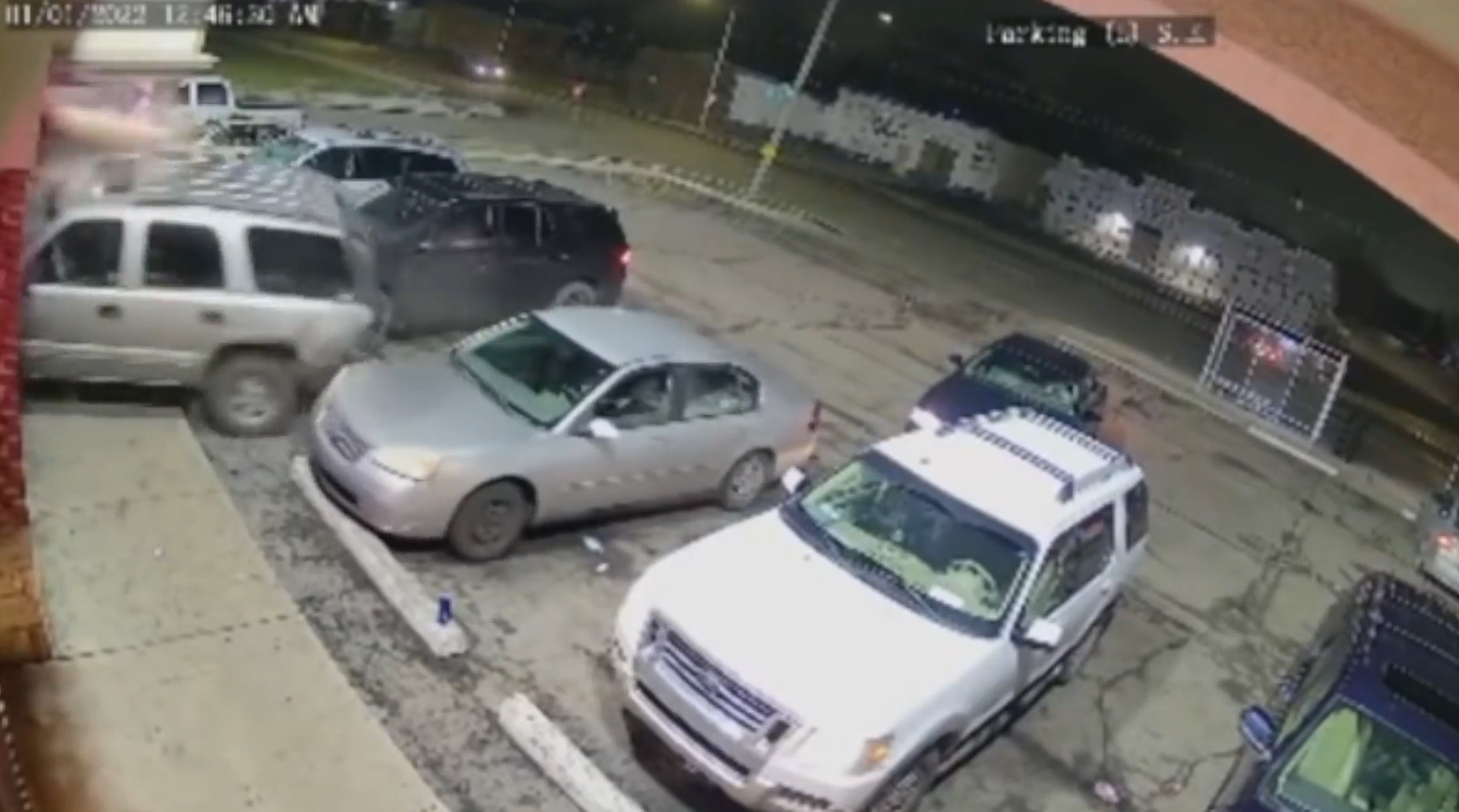 WILD surveillance video captured the moment a speeding car crashed through the front window of a fast-food restaurant in Michigan on Saturday, sending panicked customers flying.

Remarkably, nobody was seriously hurt in the crash, a spokesperson for the Detroit Police Department said in a statement.

The cause of the crash remains unclear.

Police are investigating the incident as a hit-and-run after the driver of the SUV and a passenger fled the scene, Deputy Chief Rudy Harper said. No arrests have yet been made.

Surveillance footage captured outside of the restaurant shows a grey SUV turning into the parking lot.

Suddenly, the SUV accelerates, scrapping between two parked cars and crashing through the window of Zorba’s.

The driver of the truck eventually reverses. He then climbs out of the vehicle and begins walking away from the scene in the opposite direction

Advertisement. Scroll to continue reading.
In this article:Featured, Video, videos