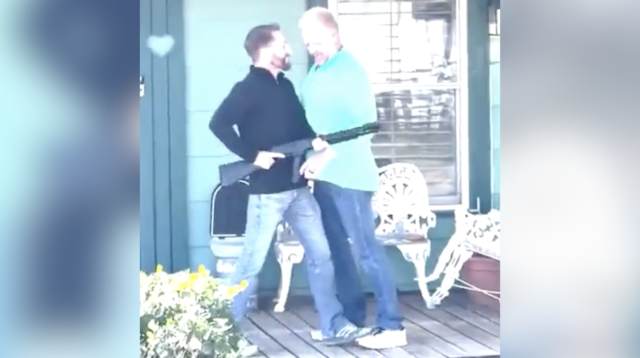 The children are aware that Kyle Carruth shot and killed their father in front of their mother, step-brother, and myself. Christina decision to allow either of these children to be in Kyle Carrutha  presence has caused, and continues to cause, significant impairment of their emotional well-being. The oldest child has expressed to me that he blames his mother for the shooting, and that he will run away from home if he sees Kyle there again.

â€œI recorded the shooting on my cell phone. During this entire incident, I didnâ€™t realize that Kyle Carruth was holding and brandishing an actual firearm. At that time, I thought that it was some type of stun-gun or paintball gun. Even when Kyle Carruth fired the shots, the sound was very muffled and not as loud as I know firearms to be. It wasnâ€™t until I got to Chad on the ground that I realized that he had in fact been shot and that the weapon held by Kyle Carruth was a firearm.