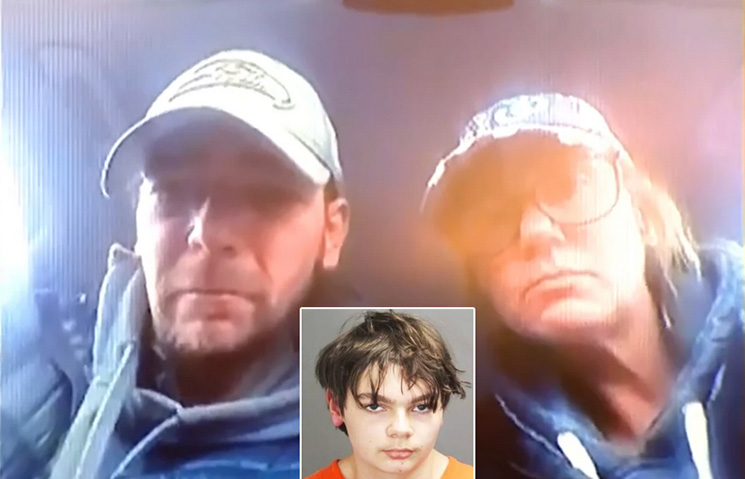 A manhunt is underway for James and Jennifer Crumbley, the parents of Ethan Crumbley, who shot and killed 4 students during a shooting rampage on Tuesday.

Ethan Crumbley, 15, reportedly showed off the murder weapon on social media in the days leading up to the shooting at Oxford High School.

An attorney for the parents said they would turn themselves in, but police suspect they are in the wind.

The Crumbleys are believed to be driving a black 2021 Kia Seltos SUV with Michigan plate number DQG 5203.

They were expected to be arraigned by video Friday in Rochester Hills, MSN reports.

Charges were filed against the couple after prosecutors say his mom texted him the day of the shooting to say “don’t do it” and “learn not to get caught.”

The Oakland County Fugitive Team, the FBI and U.S, Marshal Service, have joined in the search for the couple.

“The action of fleeing and ignoring their attorney certainly adds weight to the charges,” Oakland County Sheriff Michael Bouchard said in a press release Friday. “They cannot run from their part in this tragedy.”