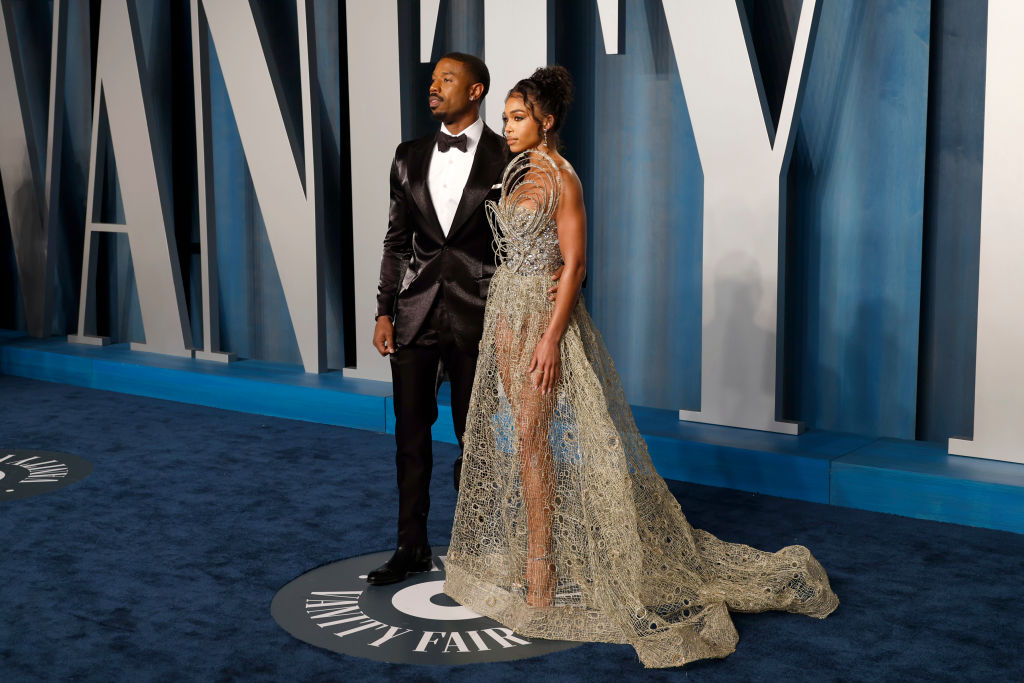 MBJ hit up Game 2 of the NBA Finals with Cordae while Lori shared new selfies on her Story.

While we don’t know exactly what transpired between Lori Harvey and Michael B. Jordan leading up to their unexpected breakup, we have heard from the 25-year-old’s parents – Marjorie and Steve Harvey – on the matter, giving us some insight into the situation.

“I’m team Lori, 1000 percent. She’s my daughter. I love her, I support her,” the Family Feud host said on his morning show early on Monday before explaining that he can appreciate how hard it can be to maintain a relationship in the spotlight.

“He’s still a cool guy…from what I know. It’s a breakup. I’m pretty sure they’ll be fine. People break up all the time,” Harvey said of Jordan, who he previously spoke very highly of (particularly his gift-giving abilities).

Marjorie’s commentary – if it even is about the breakup at all – is far less direct. As E! News reports, on her Story she shared a clip of actress Jennifer Lewis saying, “You sit in shit too long, it stops smelling. So come the f*ck outta there.”

Steve also posted a motivational message of a similar nature on his Twitter page. “Sometimes we need to thank God for what didn’t happen,” it reads.

Neither Lori nor Michael have commented on the breakup themselves yet, though the former did delete all evidence of her ex-beau from her IG feed, and the latter was spotted attending game two of the NBA Finals with Cordae, but reports claimed he was far less chipper than usual.

“MBJ went right to his seat upon arrival. He didn’t do much cheering. He wasn’t his usual excited self tonight,” eyewitnesses revealed. Check back in with HNHH later for more pop culture news updates.