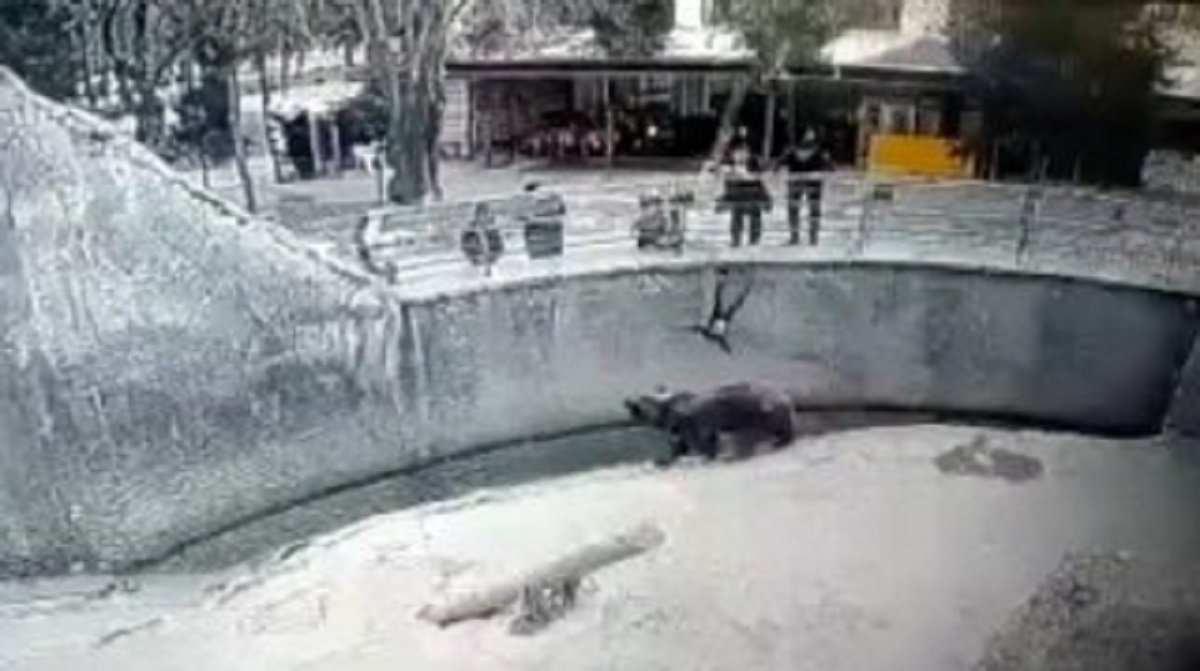 According to reports, a mother in Uzbekistan was charged with attempted murder after dropping her 3-year-old daughter in the bear pit at the zoo.

The distressing footage shows the mother dropping her daughter over the railing into the trench 16 feet below as a bear named Zuzu walked by and sniffed the girl. As zookeepers lured Zuzu to the opposite end of the enclosure, they rescued the young child who suffered a concussion and sustained multiple cuts.

The mother was arrested at the scene and charged with attempted murder which carries a possible 15-year prison sentence. “A young woman threw a little girl down into a brown bear’s enclosure, in front of all the visitors. It was completely unclear what her motive was,” a zoo spokeswoman said.

“Both the visitors and the staff of the zoo were trying to stop her but failed,” she said. “We are scared to even think how this would end if the bear were to react at the toddler as its prey.”

The spokesperson added, “Zuzu got slowly stood up, slowly got down the trench, walked towards the girl, sniffed her, and walked back.”