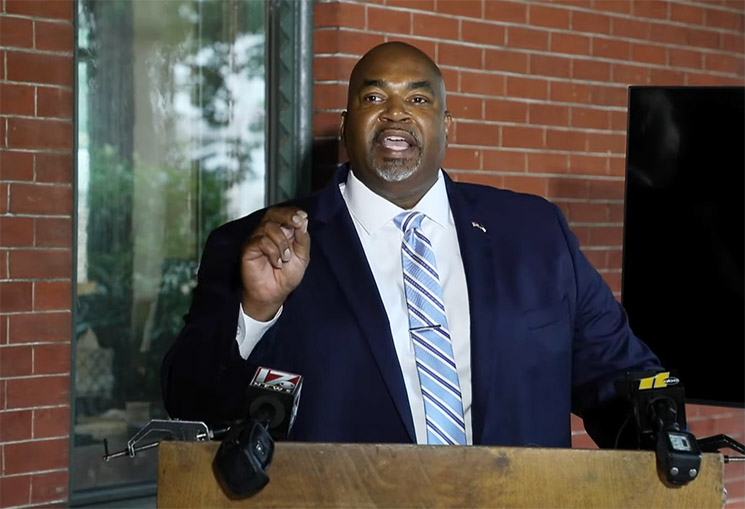 Robinson made the comments while speaking at Berean Baptist Church in Winston-Salem on November 14.

Ron Baity, the church’s pastor, introduced Robinson to the congregation, saying he was “a breath of fresh air here in North Carolina.”

Robinson, who is running for N.C. governor in 2024, said homosexuals are “what the cows leave behind.”

He also referred to LGBT+ people as “maggots” and “flies” and he called homosexuality a sin.

Robinson told the congregation that homosexuality serves no purpose in God’s plan.

Robinson made headlines earlier this year when he called homosexuals and transgenders “filth,” and said teaching LGBT+ curriculum in schools was “child abuse.”

He said “there’s no reason anybody anywhere in America should be telling any child about transgenderism, homosexuality — any of that filth.”

In response to the controversy, Robinson told the News & Observer:

“We are talking about this kind of filth being spread in our classrooms and being spread to our children… My personal beliefs and spiritual beliefs about homosexuality are not pertinent. I will fight for folks’ rights to be secure in their persons every day that I’m in this office. But we will not allow it to be spread to classrooms and to children.”

LGBT+ rights advocates protested outside Robinson’s office on Friday, and activists read a list of names of transgender people who were killed this year.