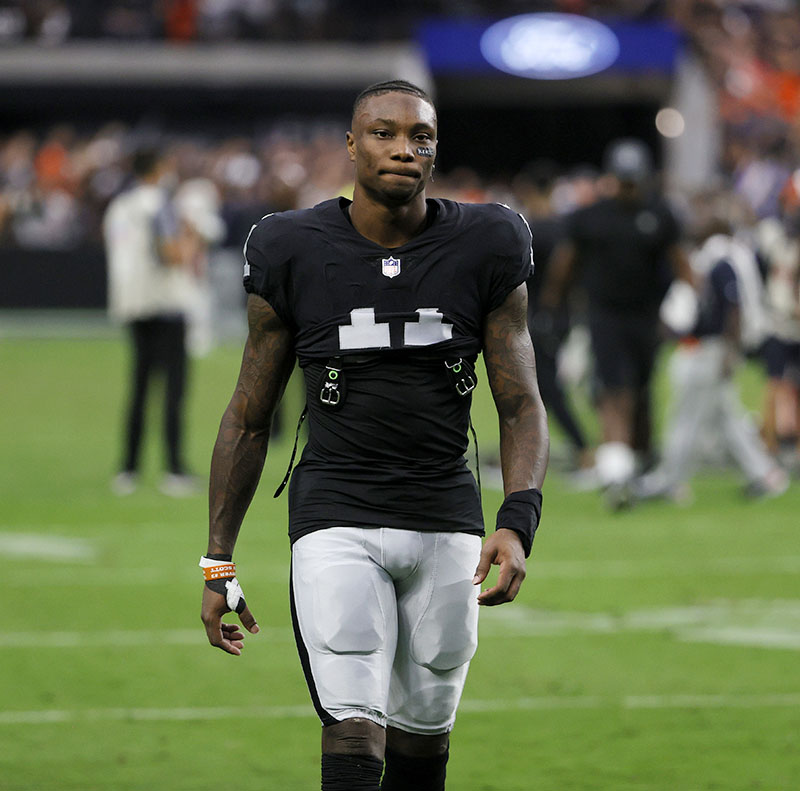 Las Vegas Raiders wide receiver Henry Ruggs III has been charged with vehicular homicide and driving under the influence (DUI).

Las Vegas police responded to a report of an accident involving two vehicles at approximately 3:39 a.m. on November 2.

Responding officers observed a Chevrolet Corvette and a Toyota Rav4 that was on fire. The fire department put out the blaze and discovered a deceased victim inside the Toyota.

A preliminary investigation determined that the front of the Corvette collided into the back of the Toyota at a high rate of speed.

Ruggs, 22, the driver of the Corvette, remained at the scene and appeared to be intoxicated. He and a female passenger were transported to UMC Hospital and treated for non-life-threatening injuries.

Ruggs was charged with DUI resulting in death after a fatal car accident, police say. The victim’s name is being withheld pending notification of next of kin.

According to Twitter, Ruggs was gifted the wrapped Corvette last year.

Raiders rookie WR Henry Ruggs III has a new ride to go with that 98 speed on #Madden21 ?

In Nevada, the sentence for DUI causing bodily harm or death is a maximum of 20 years in prison if convicted.

Ruggs’ attorneys, David Chesnoff and Richard Schonfeld, told the Associated Press that the crash is still under investigation and asked “everyone to reserve judgment until all the facts are gathered.”

The Raiders selected Ruggs 12th overall in the 2020 draft out of Alabama. He caught 24 passes for 469 yards and two touchdowns this season.

Rainbow is still closed in both directions while fatal investigators get a better look with daylight. Waiting for @LVMPD to release info on injuries or fatalities. @8NewsNow https://t.co/cS6w8Rrvb5 pic.twitter.com/SsO85v66VM