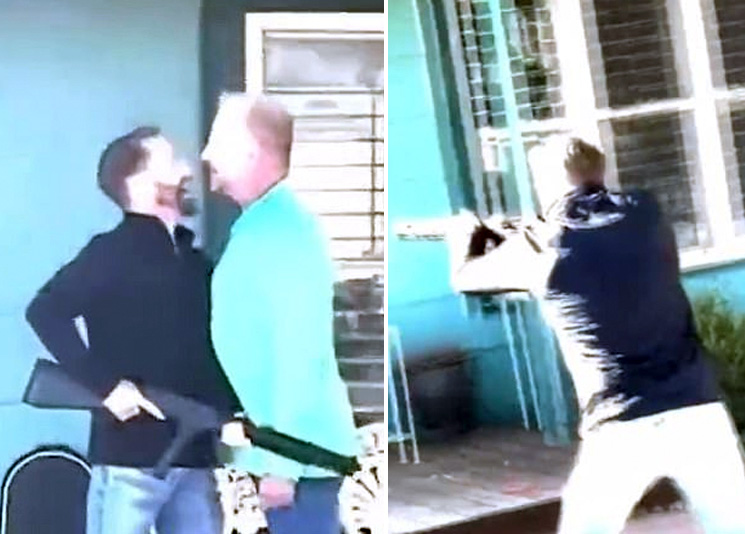 Officials in Lubbock, Texas have not charged a married man who fatally shot his mistress’ ex-husband during a child custody dispute.

Carruth is heard telling Read to “get off my property.”

Read was there to pick up a son he had with ex-wife Christina Read.

At one point, Carruth went inside the house to retrieve a rifle while Read continued arguing with Christina Read outside.

“Where’s my son at? I’ll go get him. I’m supposed to have him at 3:15,” Chad Read is heard telling Christina Read. “And you’re playing games telling me that I can pick him up at six? I’ve already got the cops on the way to your mom’s house… Because that’s probably where he is.”

Then, Carruth emerged from the house with the rifle and the two men briefly argued on the front porch.

According to Jennifer Read, Carruth was angry that Read threatened to expose his extramarital affair to his wife, Judge Ann-Marie Carruth whose jurisdiction is the 72nd District Court in Crosby and Lubbock counties. 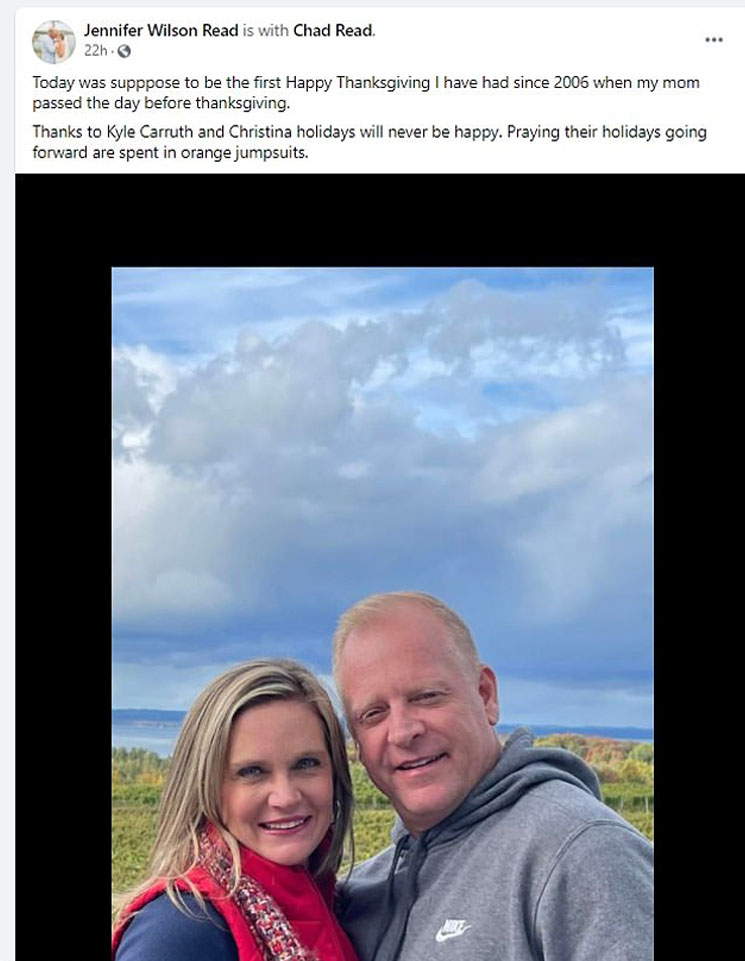 Through her attorney, Jennifer Read released a statement along with her cell phone footage.

In an affidavit, Jennifer Read accused Christina Read and Kyle Carruth of engaging “in a conspiracy” to murder Chad Read to silence him.

“Please share. Make this go viral. Does this look like a man in fear of his life or the life of others? Look at that smile. He is a cold blooded murderer.” 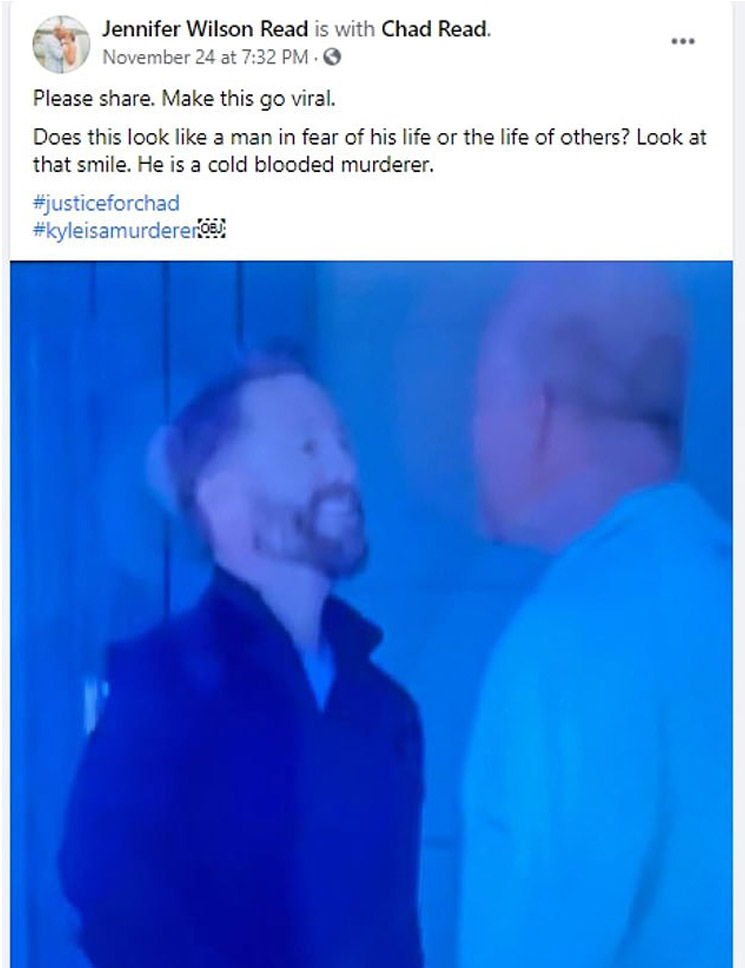 Accompanying her post is an image from her cell phone footage that shows Carruth smiling at Read before killing him.

CAUTION: The video contains graphic violence that may be disturbing to some viewers.