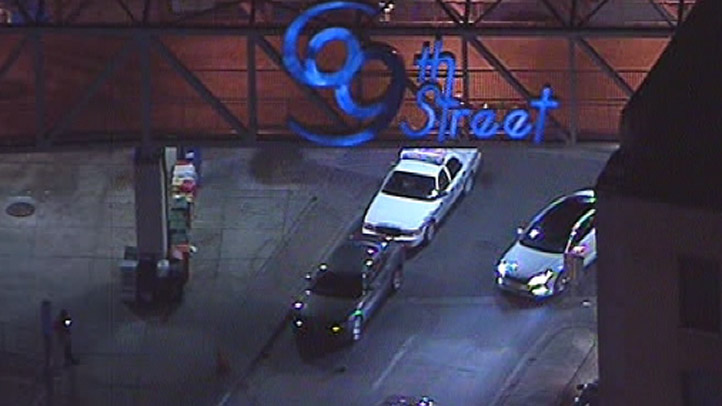 Passengers did not sit around and record cellphone video of a rape aboard a SEPTA train for their own gratification without contacting authorities, Delaware County’s top prosecutor said Thursday.

The revelation from District Attorney Jack Stollsteimer runs counter to the police narrative of the rape on a SEPTA Market-Frankford elevated train at the 69th Street Terminal in Upper Darby. Police said in that case that passengers took cellphone video without calling 911 before a SEPTA employee called police.

“There is a narrative out there that people sat there on the El train and watched this transpire and took videos of it for their own gratification,” Stollsteimer said using the nickname for the Market-Frankford line. “That is simply not true. It did not happen. We have security video from SEPTA that shows that is not the true narrative.”

In fact, Stollsteimer said, SEPTA security video shows that a “handful” of people who were getting on and off the train as it traveled from Philadelphia to the 69th Street Terminal had observed different parts of the rape, possibly without knowing what exactly was happening.

“This is the El, guys. We’ve all ridden it. People get off and on at every single stop. That doesn’t mean when they get on and they see people interacting that they know a rape is occurring,” he said.

Two people may have recorded video of the attack on their cellphone, one of whom “probably” alerted SEPTA of the attack, Stollsteimer said.

Fiston Ngoy, 35, was arrested in the case.

The train car where the alleged rape happened “was not very crowded at all,” Stollsteimer added while noting that the assault happened as the train was moving, meaning it may have been impossible for other people to understand that an attack was taking place.

“[The train] is moving, so this is an incident that’s happening over time. So, people are getting in and out of the car. They may not all have been aware at any time what would happen previously,” Stollsteimer said.

Both SEPTA and Upper Darby Police Department Superintendent Timothy Bernhardt had said people watched the attack and took cellphone video without calling 911. “It’s disturbing that there were definitely people on the El and no one did anything to intervene or help this woman,” Bernhard said previously.

However, Bernhardt stood alongside Stollsteimer on Thursday, with Stollsteimer placing the blame for misinformation on SEPTA officials, not the police superintendent.

Stollsteimer emphasized that it is not unlawful to avoid intervening when witnessing a crime, and he asked anyone who may have seen the rape to come forward and aid with the investigation without fear of prosecution. Only one witness has come forward thus far, he noted.

“What we’re trying to do is gather everybody who witnessed anything that night – without fear of being prosecuted – to come forward so we can gather whatever evidence could be gotten from that,” Stollsteimer said.

The district attorney added that “people in this region are not, in my experience, so inhuman” that they would videotape a rape “for their own private enjoyment.” In fact, he said, people are more akin to the woman who – also at the 69th Street Terminal – heard another woman crying for help and intervened in a separate sexual assault Wednesday.