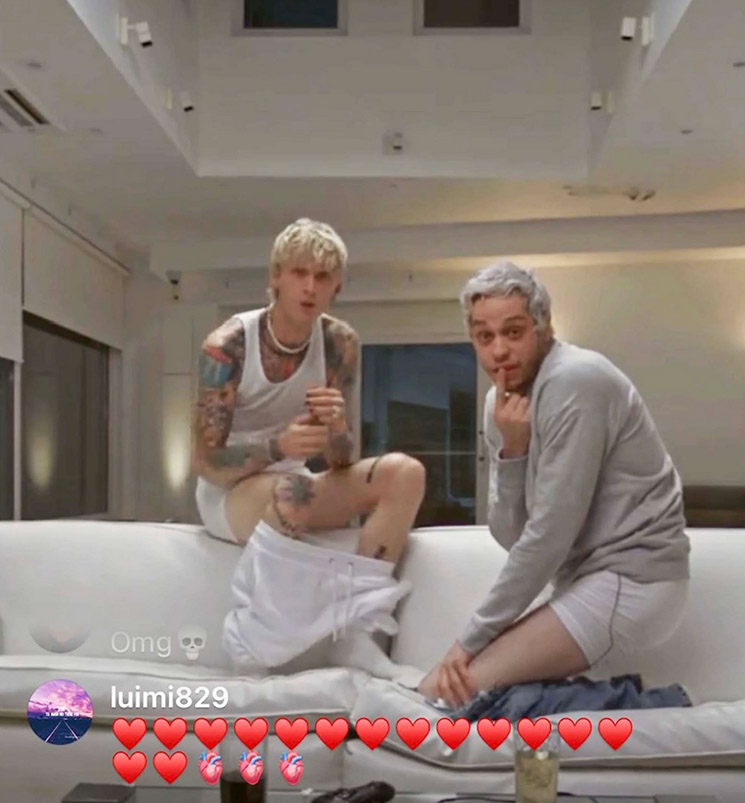 The guys took over Calvin Klein’s Instagram page and stripped down to their underwear.

Davidson was most impressed by Kelly’s package. 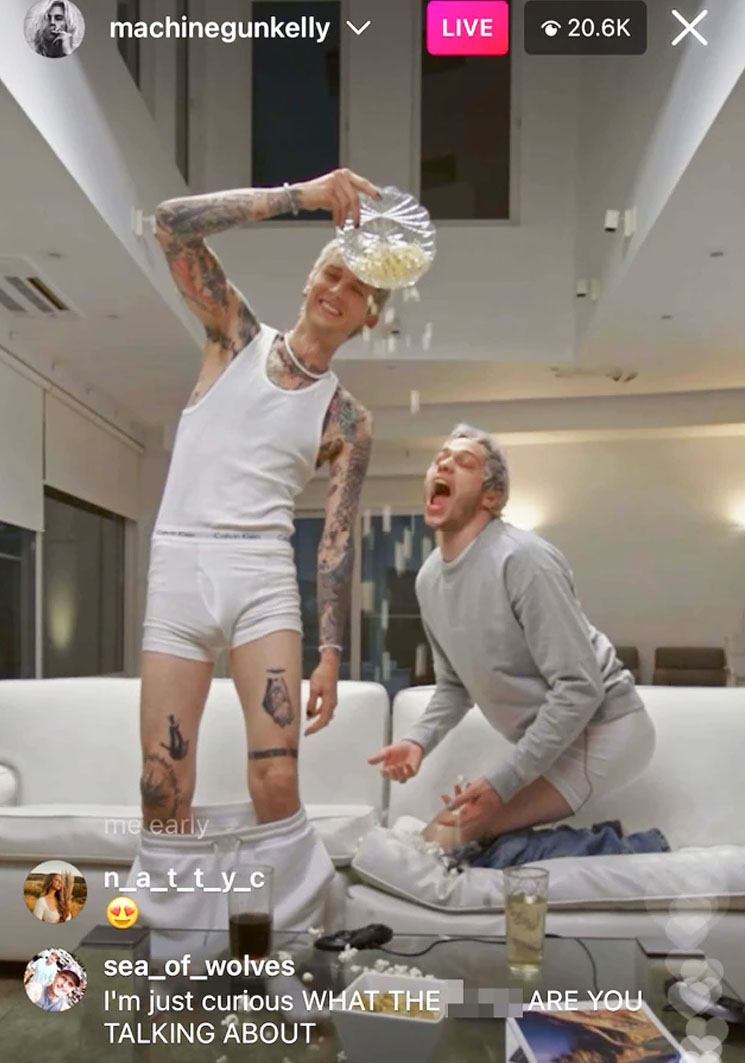 “Nice stuff, by the way,” Davidson told Kelly of his manhood. “I get it now. Good for you. Good for you, dawg.”

The 31-year-old rapper offered Davidson some advice on how to impress the ladies.

“I would’ve put an extra two socks in there and blew the world’s mind,” Kelly joked.

“Always gotta fluff it up or get a sweet in-between-er, you can’t just go cold,” the 28-year-old Saturday Night Live star said before describing his package. “I’m a grower for sure. I’m not really a grower or a shower. It’s actually the same small and hard. It’s actually a scientific wonder.”

His ex-girlfriend, pop singer Ariana Grande, prompted speculation about Davidson when she alleged he had “big d–k energy.”

The Internet took her words to mean he was packing, when she probably meant he had a lot of energy and stamina in bed.

Caution: Video is NOT SAFE FOR WORK.