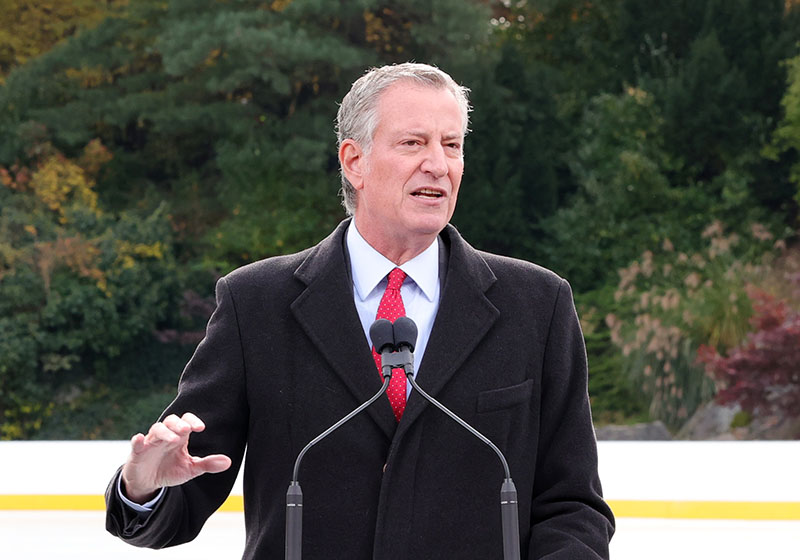 De Blasio announced on Monday that the new mandate, effective Dec. 27, is a “preemptive strike” to stop the new Covid-19 omicron variant, which causes mild to no symptoms.

“We’ve got omicron as a new factor, we’ve got the colder weather, which is going to really create additional challenges with the delta variant, we’ve got holiday gatherings,” de Blasio said during an appearance on MSNBC’s Morning Joe.

“We in New York City have decided to use a preemptive strike to really do something bold to stop the further growth of COVID and the danger it’s causing to all of us.

The #OmicronVariant has arrived. Winter months will make create new challenges. We’re not waiting for another #COVID19 surge.

De Blasio also announced that starting Dec. 14 children ages 5-11 will have to show proof of vaccination to attend indoor entertainment or activities.

NYC residents ages 12 and older already are required to show proof of vaccination in order to enter restaurants or fitness facilities.

NYC’s Covid mandates are the strictest of any major metropolitan city in the US.