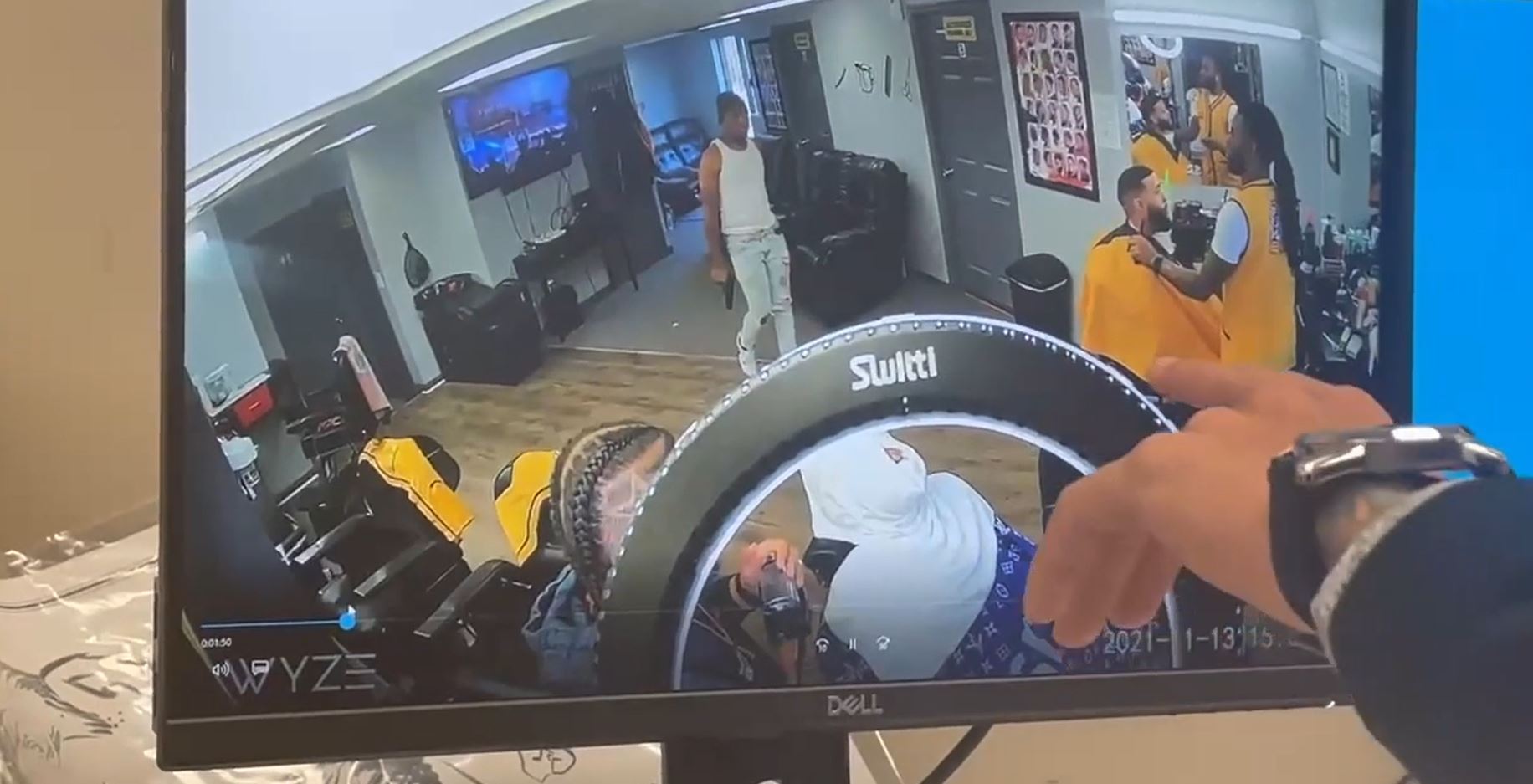 MARYLAND — Surveillance video shows the moment an off-duty police officer getting a haircut shot and killed a man who shot a barber to death inside an East Baltimore barbershop.

The shooting took place Saturday November 13 inside The Bladi Style barbershop in the 5700 block of O’Donnell Street in Medford.

An off-duty Baltimore police sergeant in plain clothes getting a haircut from another barber then produced his firearm and fatally shot Ortega, Police Commissioner Michael Harrison said.

Detectives have since linked Ortega to two earlier shootings Saturday, one of them fatal.

A victim is in critical condition from a shooting that occurred at around 2pm in the 5000 block of East Oliver Street in the Armistead Gardens neighborhood.

Javier Villegas Cotto, 44, also died following a shooting in the 4600 block of Eastern Avenue near the Greektown section of Baltimore, according to police.

“We are working to determine the connectivity, which is a likely connectivity,” Harrison said during a briefing near the barbershop.