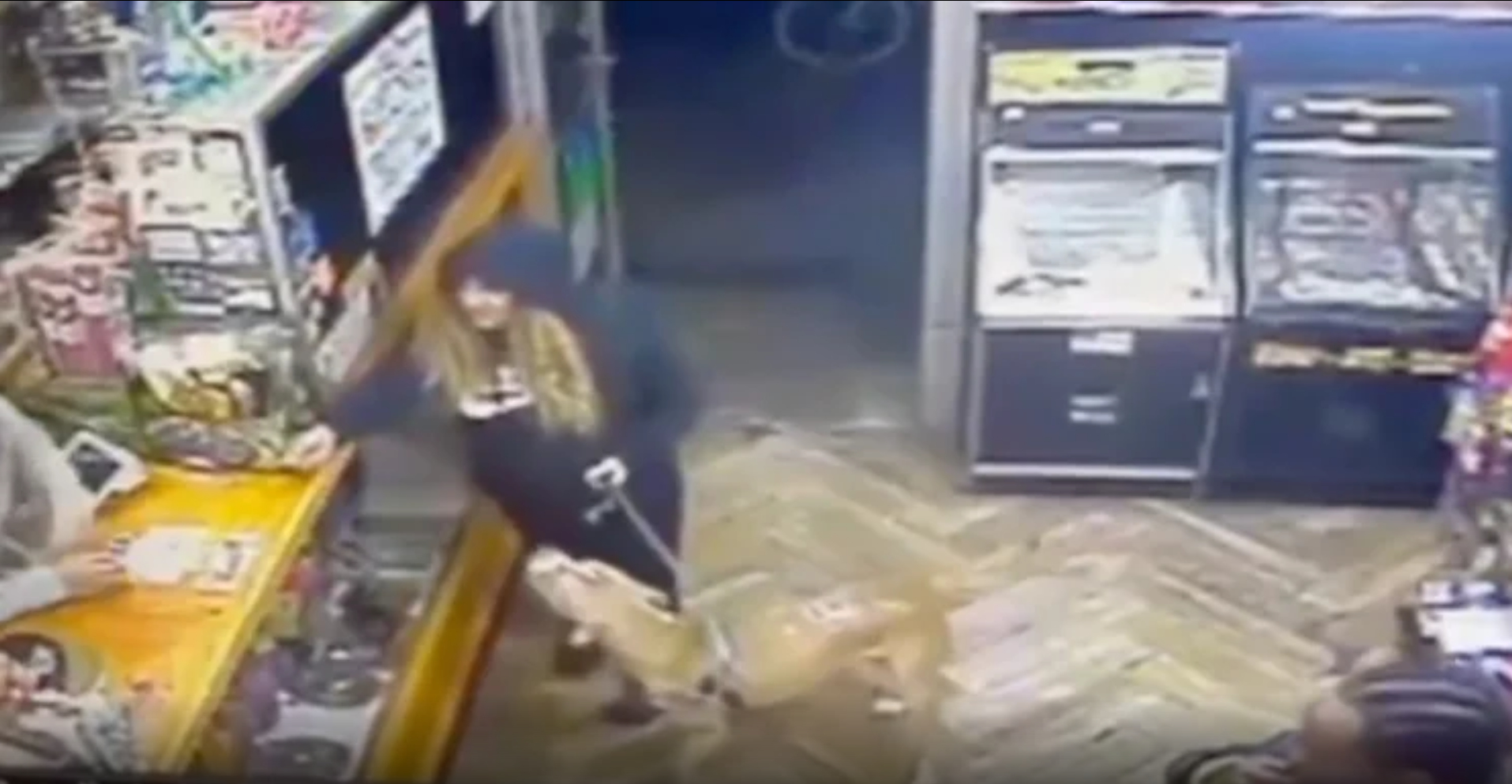 NEW YORK — Newly released video shows the moment a gunman opened fire on a woman and her pit bull inside a Brooklyn bodega, shooting the both of them dead on Sunday night.

Authorities say 36-year-old Jennifer Ynoa and her pitbull, Blue, were shot while inside a bodega on Dekalb Avenue in Bedford-Stuyvesant at around 9:45pm Sunday.

Footage from across the street shows the gunman exit his vehicle and slowly walk up to the store. Once the suspect gets to the door, he starts shooting.

Ynoa was shot in the stomach and her dog was also shot. Both exited the store and immediately collapsed on the sidewalk, the video shows.

Blue died at the scene and Ynoa was taken to Brooklyn Hospital where she was later pronounced dead.

Police say Ynoa has no criminal background. A man inside the store standing near Ynoa at the time of the shooting was not injured, and investigators are looking into whether or not he could have been the intended target.

Anyone with information about this incident is asked to call the NYPD’s Crime Stoppers Hotline at 1-800-577-TIPS (8477).