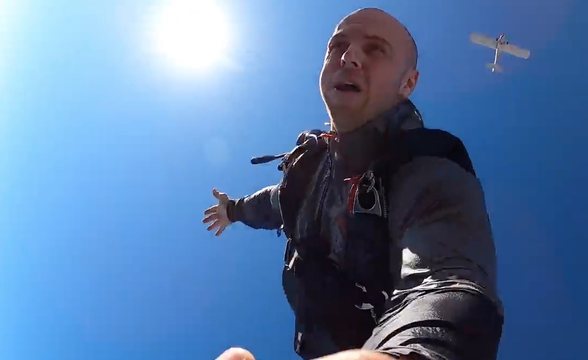 revor Jacob fly’s a 1940 Taylorcraft plane. He was headed to Mammoth Lakes, California to snowboard, paraglide, and spread the ashes of his late best friend. Right after the takeoff montage, however, the aircraft’s engine allegedly cuts out. At this point, Jacob addresses one of his three cameras and says he has to jump. Already wearing a skydiving harness and parachute, he exits the plane on camera as it crashes into the terrain below