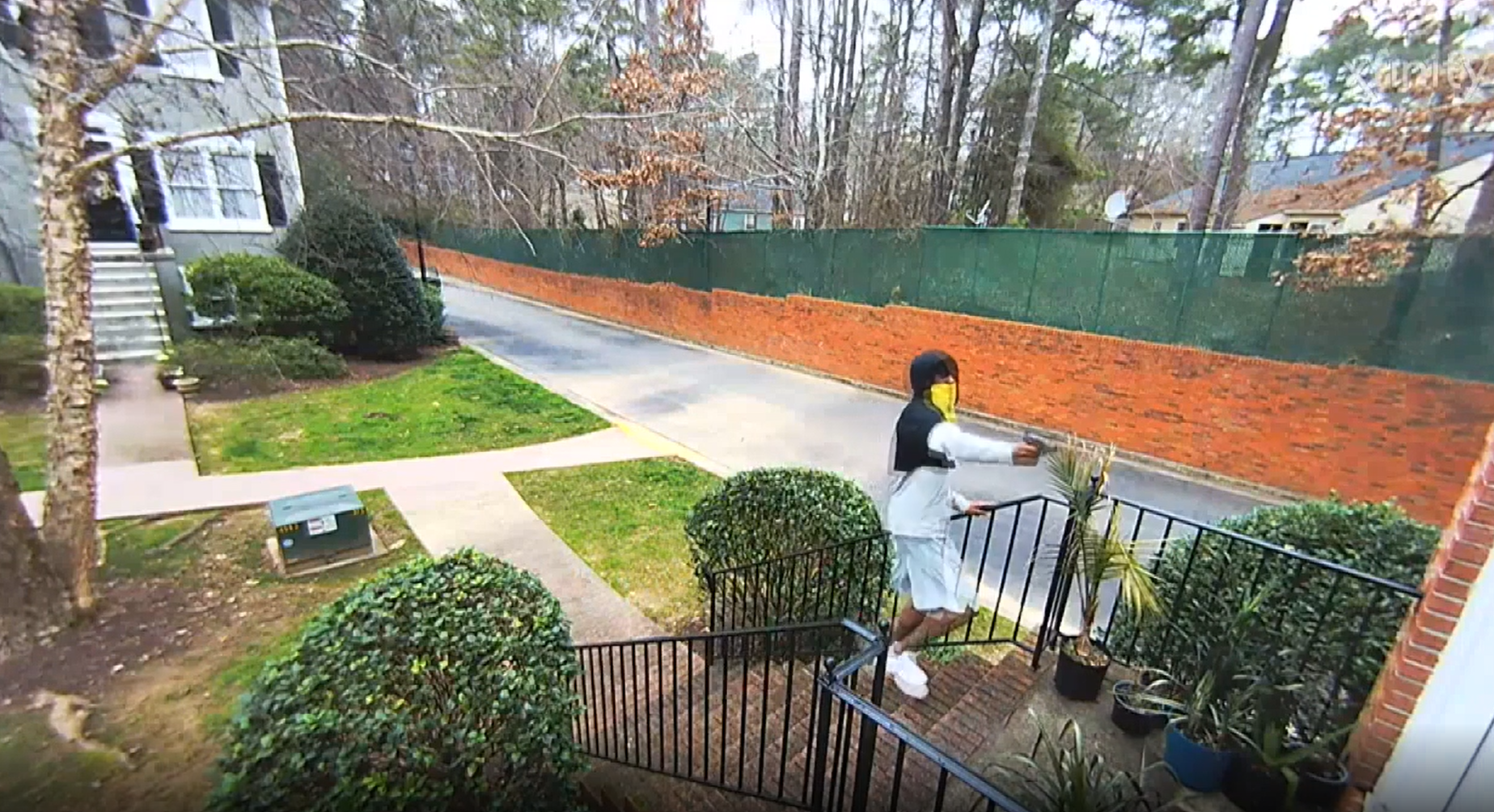 Police in Georgia are seeking the public’s help to identify a suspect seen on video randomly shooting at the front door of a metro Atlanta home several times.

Police said the man first shot at the house in the Queensborough Square complex off Manning road on January 13 at 8pm. The suspect then came back at 5am on January 14 and at 9am on January 15, each time targeting the same house, shooting and speeding off.

Following the morning shooting on January 15, the suspect reportedly returned to the scene 15 minutes later and shot up the house again, authorities said.

Neighbors told CBS46 that a family lives at the targeted house, including a small child.

Police said each time the man visited, he never knocked on the door or rang the doorbell before shooting, and wore the same clothes on every occasion.

Officials have not linked the suspect with any other criminal activity and his actions only seem targeted at that one specific home.

A motive behind the repeated attacks is unclear at this time. The occupants of the home have been living at the same address for a number of years.

Police believe the suspect could be driving the pictured Nissan Murano.