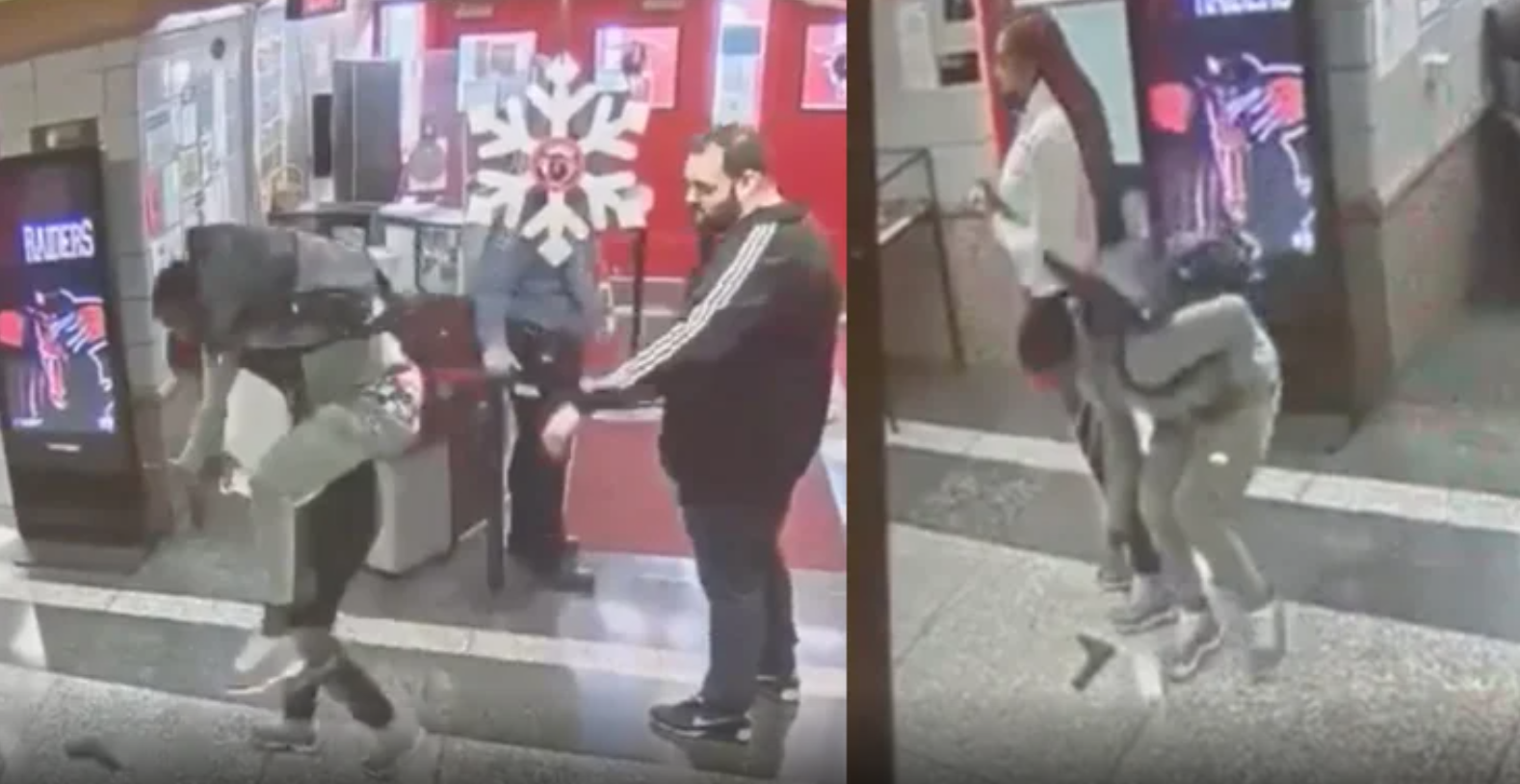 NEW YORK — An apparent gun fell out of a student’s backpack and onto the ground at an NYC high school — as the pupil horsed around with a friend, according to new video and police.

The footage shows the apparent weapon fall from the backpack and onto the floor at Port Richmond High School, after the 17-year-old Staten Island student jumped onto a classmate’s back.

School safety agents nearby tried to stop the teen from leaving the premises — however he still managed to flee the building and remains at large at this time.

Wether the gun was real or a replica is unknown, according to an NYPD spokesman.