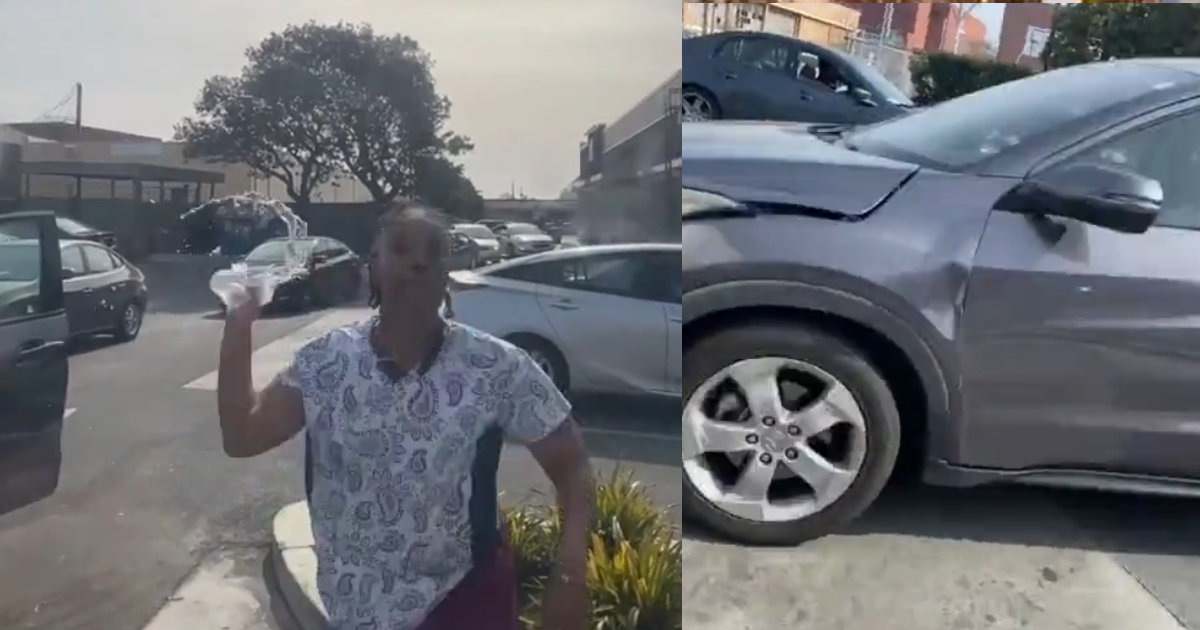 RICHMOND, CA — Police are seeking for the public’s help to identify a woman captured on video assaulting a mother of two in a road rage attack at a McDonald’s drive-thru in Richmond.

The events unfolded at around 12:15pm Saturday, February 5th, at the McDonald’s located at 2301 MacDonald Avenue in Richmond.

According to KRON4, the mother, who wishes to be identified only as Amaro out of concerns for her safety, said the incident happened after she merged into the McDonald’s drive-thru lane a couple of weeks ago.

She said she began recording when the other woman became increasingly aggressive, accusing her of cutting the line before throwing things at Amaro’s car.

The incident escalated with the woman then ramming into Amaro’s car with her vehicle, video of the confrontation shows.

“That’s when I got out of the vehicle, asked her for her insurance. I told her she wasn’t going to go anywhere — ‘Just stop, you can’t leave,’” Amaro said, as reported by KRON4. “And as I put my hands up in the air, she rams me over with her vehicle, and I grabbed the hood of her car and she drove off with me out of the parking lot into the street. My kids saw everything.”

Authorities said the woman dragged Amaro more than 150 feet across the parking lot before stopping, getting out, and punching Amaro several times.

Anyone with information about the suspect is asked to contact police in Richmond at 510-672-2493.