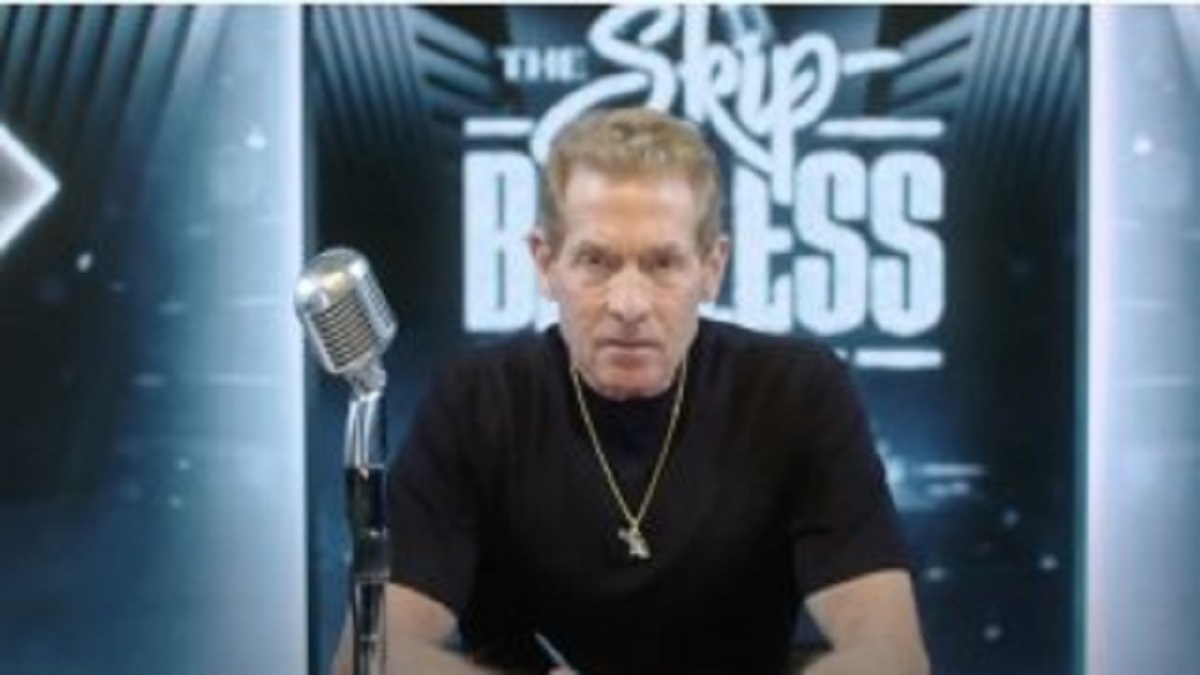 For all intents and purposes, Skip Bayless is one of the godfathers of the sports debate show format. His contributions to ground-breaking shows like Cold Pizza and First Take on ESPN introduced him to a national audience. While the tenacity in his willingness to openly challenge and criticize professional athletes like LeBron James and Terrell Owens made him a household name, his name became known far and wide in the mainstream media and in urban culture. But with the accolades and notoriety came a huge sacrifice.

Whenever the on-air personality talks about his family during a show, he typically mentions his wife, Ernestine, or his dog, Hazel. He never mentions any children. So, yesterday, during a segment on his brand new podcast, “The Skip Bayless Show,” the awarding-winning broadcast journalist explained to his viewers that the reason why neither of his first two marriages produced offspring is because of a decision that he made while he was in his twenties to work obsessively in the business of sports media. He then conveyed the message that his tireless work ethic and dedication to moving up in his chosen profession would have ultimately handicapped his ability to be a good father.

“I just knew that if I continued to work nights and weekends, the way I do obsessively, that I’d be a horrible father,” Skip Bayless said. “I’d be as horrible of a father as my father was — for other reasons — and I wasn’t going to inflict that upon kids. No fair! Not worth it! No. I’m married to (my career). Then, I met my wife, Ernestine, 17 years ago in New York City. On our first date, as she will attest, I said, ‘Hey if this happens to go anywhere, I’m sorry but I’m declaring myself upfront, you’ll always be number two to my job.’ Which is my life, which is my passion. She was taken aback but she said ‘Okay, I got it.’ She’d like to say now that she’s become 1A but only 1A to my obsession.”

Skip Bayless went on to marry Ernestine back in 2016. She has since published a book about her uncanny relationship with a famous husband who openly prioritizes his sports journalism career over their marriage. The book is called Balls: How To Keep Your Relationship Alive When You Live With A Sports-Obsessed Guy.