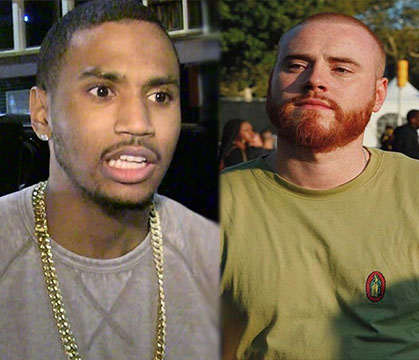 He may have been cleared of sexual assault charges in a recent Las Vegas lawsuit, but R&B singer Trey Songz has been likened to R. Kelly by Rory & Mal podcast host Rory Farrell.

Claiming Songz – real name Tremaine Neverson – has victimised “at least a dozen” women he knows personally, Farrell said, “Trey Songz is the most nasty, abusive, rapey —- beats the —- out of women, like he is the scum of the —— earth.”

“His doc is going to surpass – if you ever thought you could surpass an R. Kelly doc – I promise you in 15 years, Trey Songz, his doc will,” he said. “He is an awful human being… and somebody is going to knock him the —- out.”