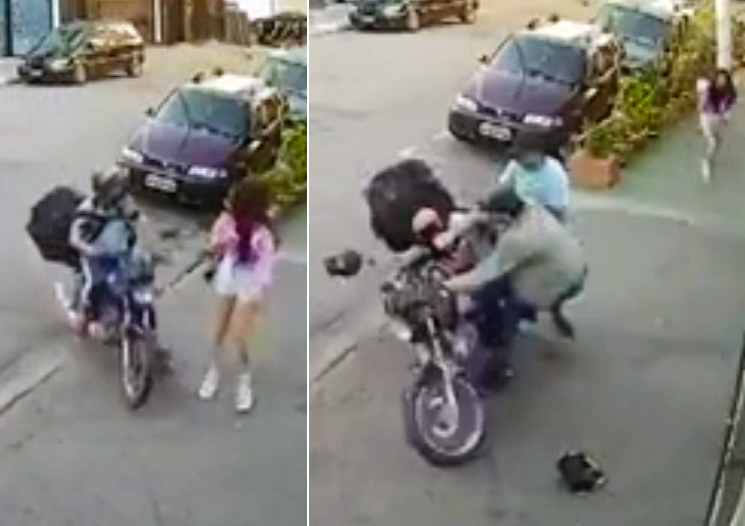 Another viral video from Brazil shows real men beating down a punk after he tried to rob a girl on a busy street in broad daylight.

The video shows a brazen food delivery driver ride up on a motorcycle and snatch a girl’s purse. Before he could flee with the purse, a group of men knocked him off the motorcycle and stomped him into the pavement.

Other men piled on and taught the guy a valuable lesson with their hands and feet.

You rarely see this type of bravery here in the U.S. unless the men are not from here. There are a lot of Jamaican men in America who will not tolerate another man disrespecting Black women.

Some American men are soy boys with too much Estrogen in their blood. They would rather record the action on their cell phones or stand around and watch.

In the second video below, another weak man is handled by real men after he beat his girlfriend in the street.

Again, grown men risking their lives to protect a woman they don’t know.

If you are a petty crook who targets women, don’t do it in Brazil: REAL men exist there. You might get hurt or killed.