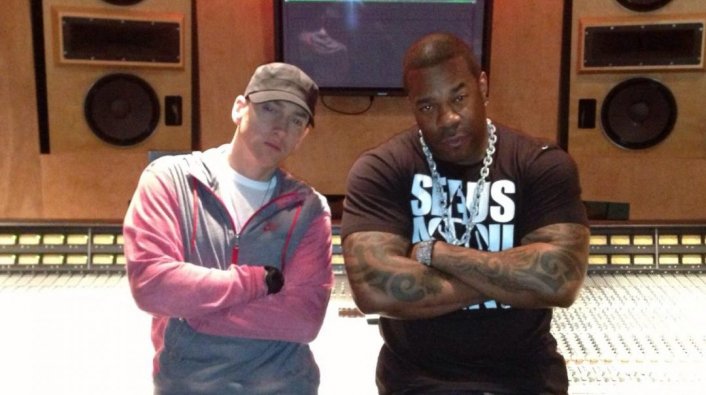 One of the best things to happen for the hip-hop community during the nationwide COVID-19 shutdown period was the invention of VERZUZ. Co-created by Swizz Beatz and Timbaland, the virtual rap battle has pitted some of the biggest rappers in urban music together. But now, another Award-winning producer has thrown his hat in the ring, on behalf of his former mentee.

Dr. Dre recently took to Instagram and posted a clip of Eminem rapping a verse from “Godzilla.” The video was accompanied by a caption that said: “Eminem vs Who???”

Hours later, Swizz beats responded in Dr. Dre’s comment section, by mentioning the name of one of his close collaborators, when he wrote: “BUSTA!!!!!!!!!!! Let’s go”

Eminem has often voiced his respect for the lyrical prowess of Busta Rhymes. In fact, the two emcees have collaborated with one another in the past. There’s no word on whether or not these two juggernauts will ever face off in a VERZUZ.  But one thing is for certain, it is definitely a battle that their music producers would not mind seeing.