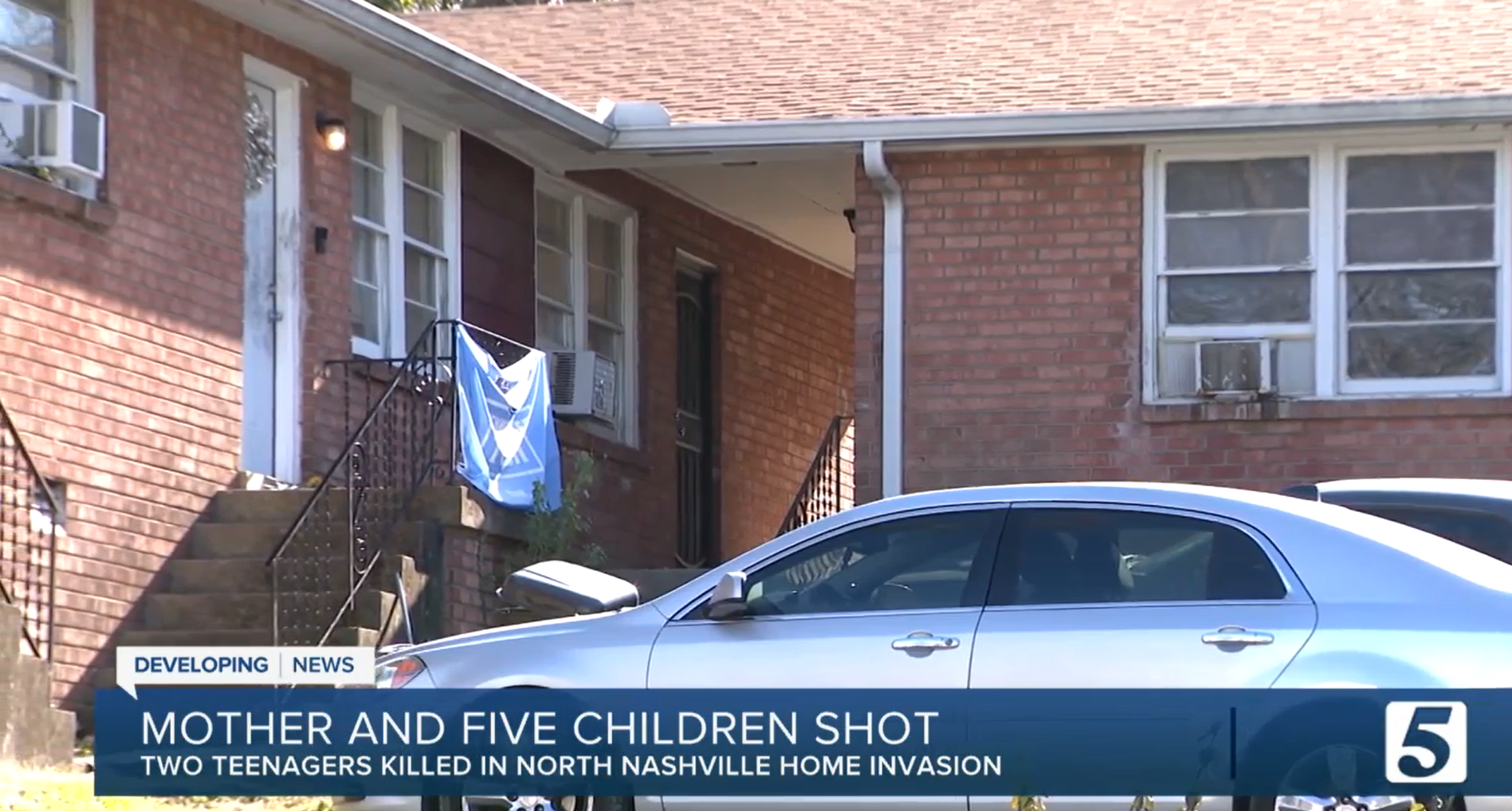 The community is rallying around a distraught mother after two of her children were shot and killed inside their North Nashville home.

On Friday night, police say two people knocked on the door, made it inside the Torbett Street apartment and started shooting.

“I lost my two boys and three more were injured,” said Shakia Sherrell. “I was injured too, they are in hospital fighting.”

Sherrell says her 13-year-old son, and 16 and 20-year-old daughters are still in the hospital recovering and expected to be OK.

“I thought it was a nightmare,” said grandmother Deborah Sherrell. “She called me and said, ‘I think two of my babies are dead.’ She was screaming and hollering and the phone went dead because she was hurt too.”

“The biggest problem was I was there,” Shakia Sherrell said. “If they want to hurt somebody they should’ve hurt me and not my kids I would rather for my life gone and my kids be here.”

The family said the teens, both students at Pearl Cohn High School, loved sports. Zacquez played basketball and Tavarius played football, hoping to one day make it to the NFL.

The motive behind the shooting is still unknown. One of the suspects, Christian Johnson, was also shot and killed. Metro police said he had a robbery conviction on his record. The identity of the other suspect isn’t known.

A GoFundMe page has been created to help support the family.