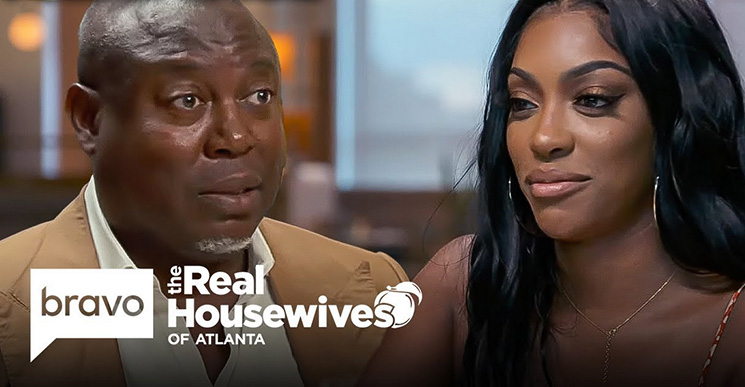 According to RhymeswithSnitch, “Less than 1 million people tuned in for Porsha’s show despite over a million turning in for Nicki and the ladies from Potomac.”

Only 869,000 viewers tuned in to watch Porsha’s Family Matters, starring Simon Guobadia, 57, and his fiancee Porsha, 40.

Porsha’s Family Matters should have benefited from following the Real Housewives of Potomac reunion show finale hosted by Nicki Minaj.

Simon scandalously cheated on his wife, Falynn, with Porsha. For some reason, Bravo thought viewers would tune in to watch a cheating man and a homewrecker.

It seems viewers tuned out because no one likes a cheater.

By the way, Nicki Minaj helped the RHOP pull in 1.2 million viewers.

Watch the full episode of Porsha’s Family Matters‘ series premier below (if you care).