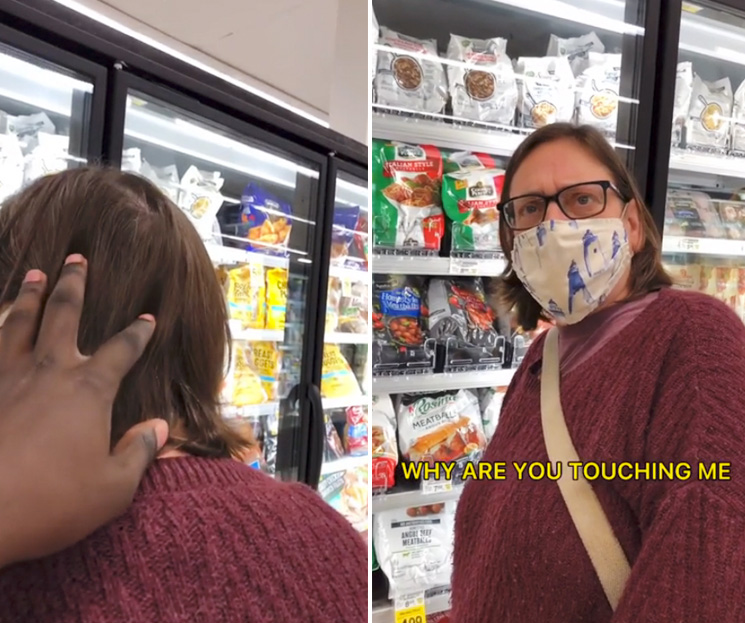 A TikTok user uploaded a video that shows him touching white women, then calling them racist when they object to his unwanted touching.

The video shows the guy touching a woman’s hair in a Sacramento Safeway supermarket. When she asked him not to touch her, he continued to harass her.

In another scene from the video, the guy approached two women and a young girl in a park, and said, “I saw your granddaughter. She’s just so beautiful. I was wondering, can I maybe have her hand in marriage?”

A Safeway employee who wasn’t working the day of the incident, said police found the TikTok user and declined to press charges after reviewing his video.

“I work at this Safeway. I wasn’t here for that incident, but all the employees know about it. I am going to talk with what ever store director come in the morning, the moment I see them.

*Update: from what I was told, police were involved and the kid was found. The kid showed the police what he had filmed and the police were not going to pursue charges because it wasn’t a malicious act (I think that’s the best way to put it). The lady said something to the cops that also pushed them towards that decision (idk what exactly, it was hard to understand).”