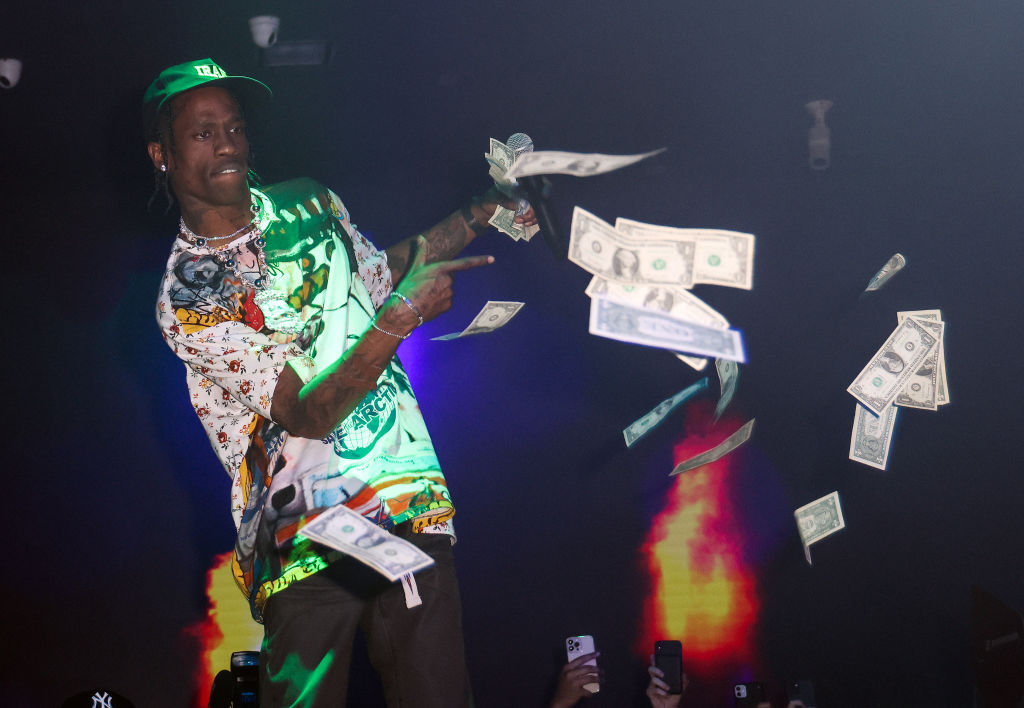 “We need every stripper to report to the f*cking stage right now,” Travis told the crowd at E11even.

La Flame is back in action. On Saturday night, Travis Scott took to the stage for his first public performance since the tragic crowd crush that unfolded at his 2021 Astroworld Festival, giving his all for audiences at Miami’s E11even club.

According to Page Six, the 31-year-old threw a massive wad of cash into the crowd while tightly holding onto a bottle of Don Julio 1942 tequila before it was his turn to perform. “Everybody owes me a shot,” the rapper reportedly said.

“We need every stripper to report to the f*cking stage right now,” he continued. “We need every bottle reported to this motherf*ckin floor.”

It’s been noted that the crowd was more than pleased as Scott launched into a performance of “Antidote,” which was followed by “Highest in the Room,” “Pick Up The Phone,” “Goosebumps,” and “SICKO MODE.”

Scott’s return to the stage has been long-awaited by his fans. Previously, he played a private set at Bootsy Bellows during Coachella weekend for a small crowd – a far cry from the headlining spot he initially expected to have, but still, better than nothing.

During Oscars season, Scott also performed at a private house party in Bel-Air that was attended by Serena Williams and Leonardo DiCaprio, among other stars.