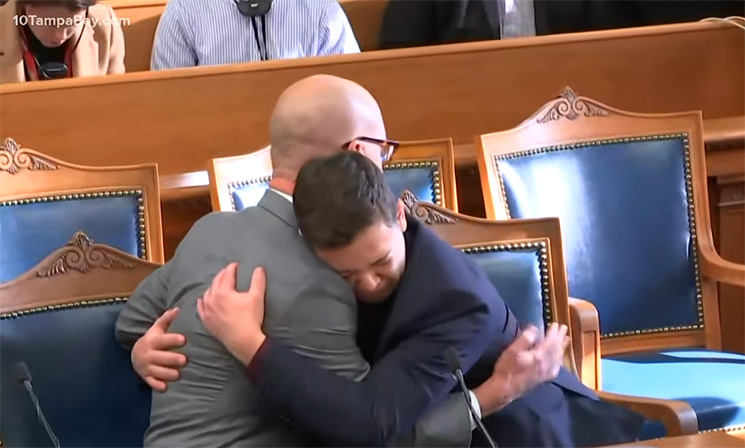 A Kenosha, Wisconsin jury found Kyle Rittenhouse not guilty on 5 counts in his murder trial on Friday. The verdicts were announced after the jury deliberated for four days.

Rittenhouse collapsed on the floor in tears after the verdicts were read. The emotional teenager faced life in prison if found guilty of killing two Antifa protester and wounding another during unrest in Kenosha last summer.

Judge Bruce Schroder thanked the jury, telling them they were “wonderful”.

“I couldn’t have asked for a better jury to work with,” he said.

18-year-old Rittenhouse was released to walk out of the courtroom a free man.