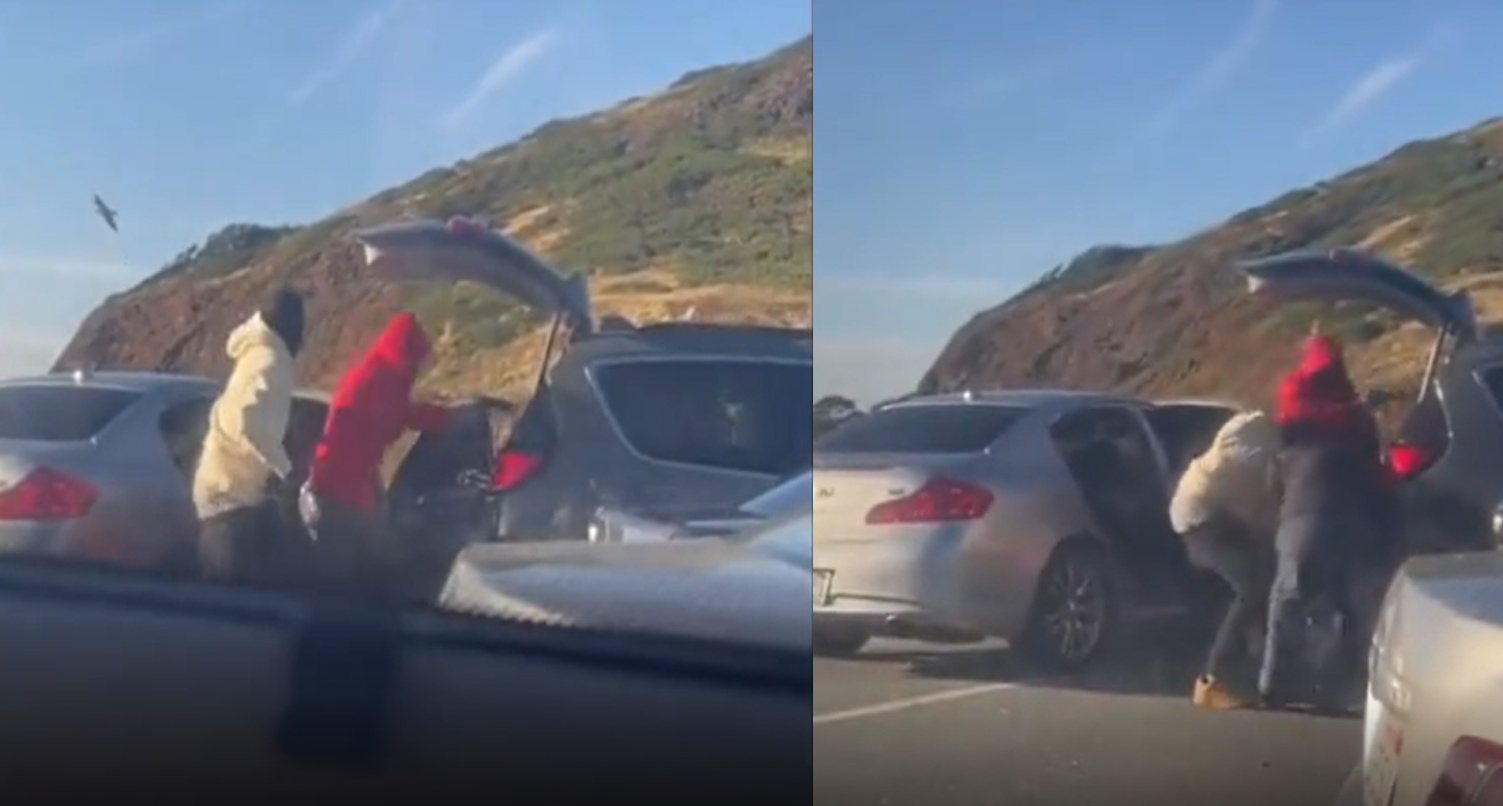 The robbery took place at one of the parking pull-outs just below the top of Twin Peaks.

Eyewitness video shows one of the suspects pistol whip one victim before the robbers point their guns at the Canadian film crew.

The suspects made off with at least $35K worth of filming equipment and remain at large at this time.

Anyone with information about this robbery is asked to call the San Francisco Police Department at 415-574-4444 or text them at “TIP411.”