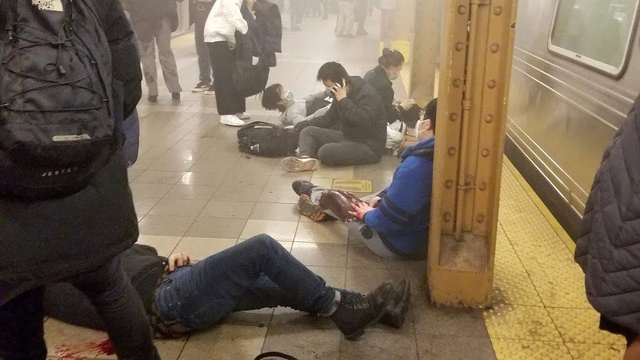 Multiple people were shot and at least 13 were injured on Tuesday in a New York City subway station where authorities found undetonated explosive devices. The incident occurred during the morning commute at the 36th Street subway station in Brooklyn’s Sunset Park neighborhood. Video footage showed a massive law enforcement presence around the subway station, including heavily armed officers and dozens of police cruisers and emergency vehicles.