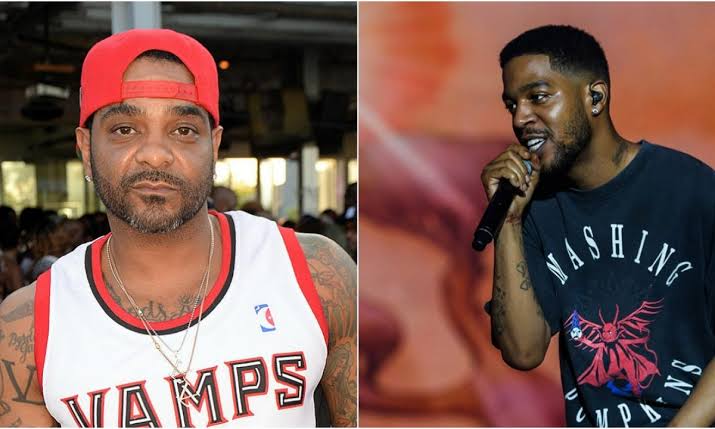 Hip Hop fans know the story of how Kid Cudi got his start in the music business after moving from his home state of Ohio to New York City to start his music career. He had two chance encounters with Kanye West in NYC, and the rest is history, but not many know Jim Jones played a role in helping Cudi get on back in the day.

During a recent conversation with VIP Saturdays on Sirius XM, the Dipset Capo spoke about being the first big-name artist featured on Kid Cudi’s “Day N Nite” breakout single. According to Jones, Cudi was working downstairs under Koch Records when he first came across the skinny kid from Ohio.

“Kid Cudi was nobody,” Jim Jones said. “He worked in a fucking store under Koch Records. I was signed to Koch Records. I didn’t even know Kid Cudi worked down there. Lisa Brunt’s nephew at the time was doing some work for me in my studio, and he’s like, ‘Yo, I manage these video directors, and I want them to shoot a video for you,’ and shit like that. I’m like, ‘Show me the video.’ They showed me the video, ended up being a Kid Cudi video that they shot for free for him.”

He continued, “They’re like ‘This is the kid that works in the fucking rock-n-roll store under Koch. They just did it for him,’ and I was like, ‘Give me the record, and I’ll let y’all shoot me a video.’ They got me the record, they shot the video.”

The show host then asked Jim how the version of “Day N Night” landed on Hot 97, where it received huge airplay. According to Capo, someone at the station took it off YouTube and played it at the station, but somehow he got taken off the track.

“I put it on YouTube. Somebody at Hot97 ripped it off of YouTube and started playing it at Hot97,” Jones said. “When he got his deal, they took me off the record and went for ads without me on the record. DJ Cassidy did that, you dig. You know I bumped into him, but that’s my man, though. It’s always a joke, though, but it happens like that. I’m solely responsible for Kid Cudi’s career. You can go tell him that, and he’s going to tell you, ‘He’s right.’”