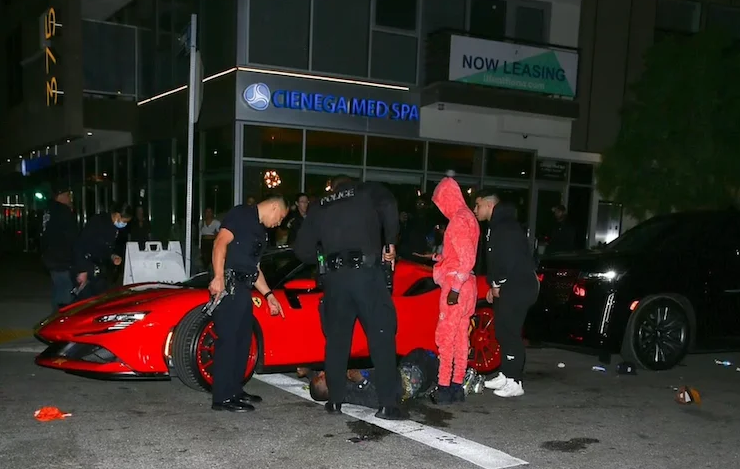 Police say Kodak and fellow rappers Lil Baby and Gunna were leaving The Nice Guy restaurant in the 400 block of North La Cienega Boulevard at around 2:45am, and paused to pose for photos with fans.

Footage of the incident shows a group of men standing near a red Ferrari in the street — when sources say a man in Kodak’s entourage was jumped. Kodak jumped into the melee and the fight spilled back onto the sidewalk. That’s when authorities say a gunman open fired, striking Kodak in the leg.

Police say a 19-year-old man and a 60-year-old man leaving the restaurant were also wounded in the shooting. A fourth person was also injured in the fight.

Paramedics rushed two victims to local hospitals with non-life-threatening injuries, and two self-transported to a hospital, the LAPD said. All are in stable condition and are expected to survive.

The gunman remains at large at this time.

Advertisement
In this article:Entertainment, Featured, Video