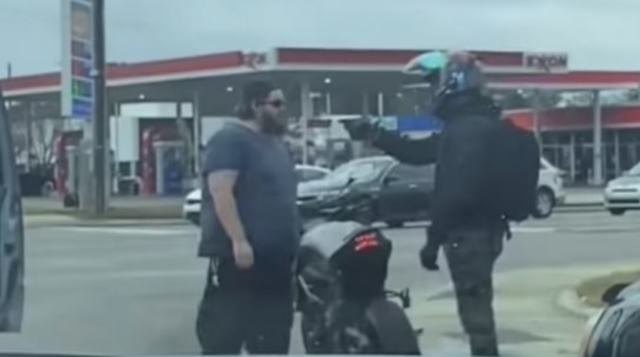 North Carolina authorities are considering hate crime charges after a black man was shot dead during a road-rage encounter with a white man and his son.

Motorcyclist Stephen Addison, 32, was allegedly killed by truck driver Roger Dale Nobles, 51, in a Fayetteville confrontation Monday, according to WRAL.

Roger Dale Nobles Jr., the suspectâ€™s son, got out of his fatherâ€™s truck to argue with Addison at a stoplight, before his father pulled a shotgun and fired it at the victim, according to footage of the incident obtained by the station.