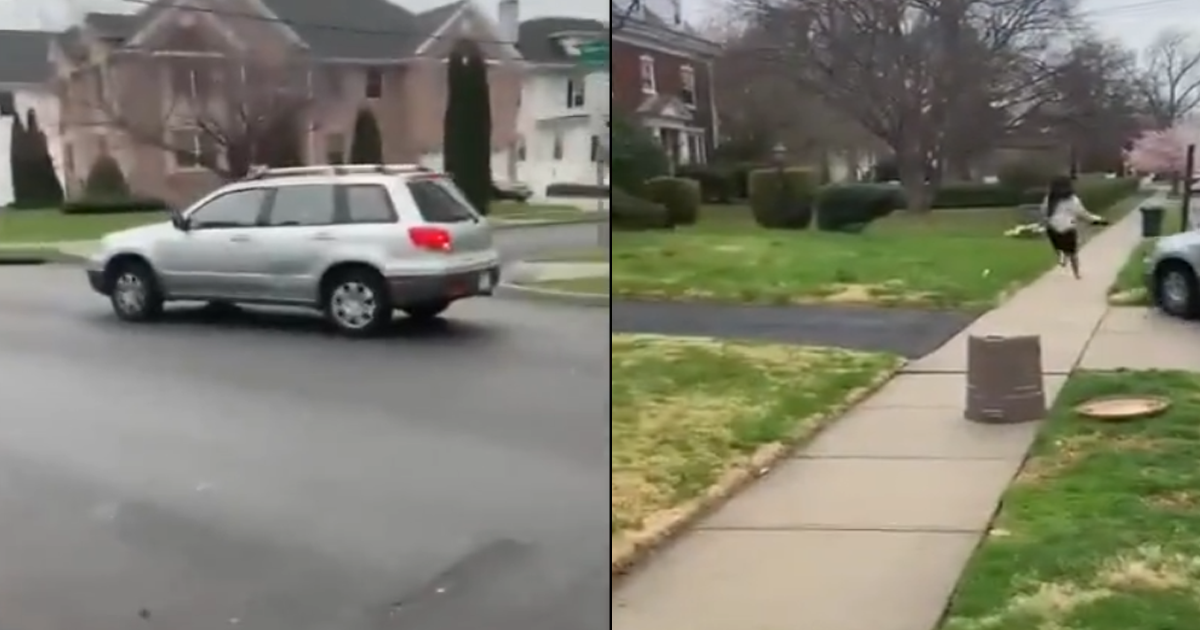 Shocking new video shows the moment a man deliberately ran over a woman in a road rage fender bender in Elizabeth.

Witnesses say the victim and the suspect, 56-year-old Vincent Jean, who was driving a silver Mitsubishi, were involved in a minor collision near Salem Avenue and Aberdeen Road in Elizabeth Monday morning.

Officials say Jean then attempted to flee the scene after the accident, and the 23-year-old victim, who was standing on the sidewalk, began taking pics of the suspect’s car in order to identify him to authorities.

According to authorities, Jean then drove his car straight at the victim, causing her to run across the lawn to avoid being hit.

Officials say Vincent Jean then drove onto the lawn and struck the 23-year-old, then reversed and ran her over a second time.

He then drove away from the scene in his SUV.

The victim was taken to University Hospital in critical condition with numerous injuries.

Officers from the Elizabeth Police Department soon found Jean alone in the driver’s seat of his parked, damaged SUV on Jefferson Avenue.