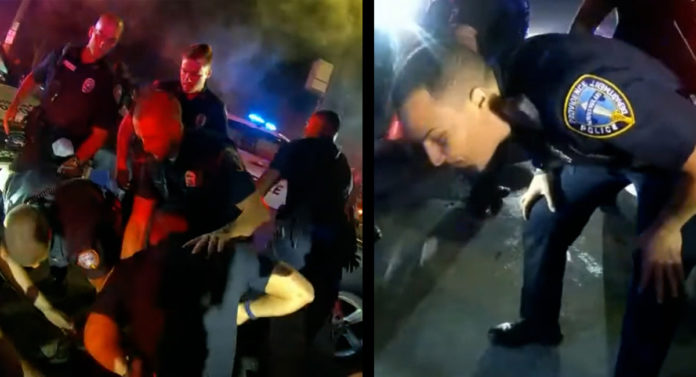 PROVIDENCE, R.I.  (News Release) – Attorney General Peter F. Neronha announced today the conclusion of an investigation into a July 9, 2021 use of force incident involving the arrest of three juveniles on weapons and other charges, following a high speed pursuit with the Providence and Pawtucket Police Departments.

Pursuant to the Attorney General’s Use of Force Protocol, the Office of Attorney General, together with the Rhode Island State Police and the Providence Police Office of Professional Responsibility, commenced an extensive investigation that included review of body worn camera footage, interviews of more than 30 witnesses, and consultation with two law enforcement use-of-force experts. Ultimately, the Office concluded that there existed sufficient evidence to present the evidence involving one of the officers to the Providence County grand jury, to determine whether there was probable cause that the officer’s use of force constituted criminal misconduct.

A grand jury, which is an arm of the Superior Court, consists of 23 members of the public, selected by the Court. A vote of 12 grand jurors (a simple majority if all grand jurors are present) is required to return a “true bill,” that is, a finding that there is probable cause that a crime has been committed and a particular defendant committed it.

Following a three-day presentation of witnesses and evidence by prosecutors before the grand jury, the grand jury returned a “no true bill,” declining to charge Providence Police Officer Domingo Diaz with simple assault against one of the juveniles involved.