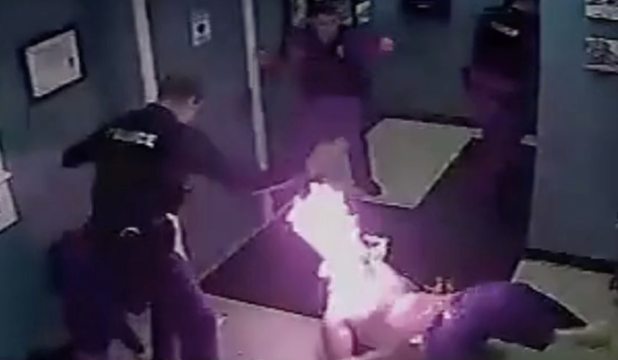 Two Catskill police officers ran out of their station’s lobby and shut the door behind them when a 29-year-old man they were trying to subdue burst into flames in front of them after one of the officers fired a Taser at him. Jason Jones, who had doused himself with flammable hand sanitizer seconds before the officer fired his Taser, fell to the ground and was left to use his hands to try and put out the flames that had engulfed his upper body and head. He died last month after spending 47 days on a ventilator in an intensive care unit at Upstate University Hospital in Syracuse.