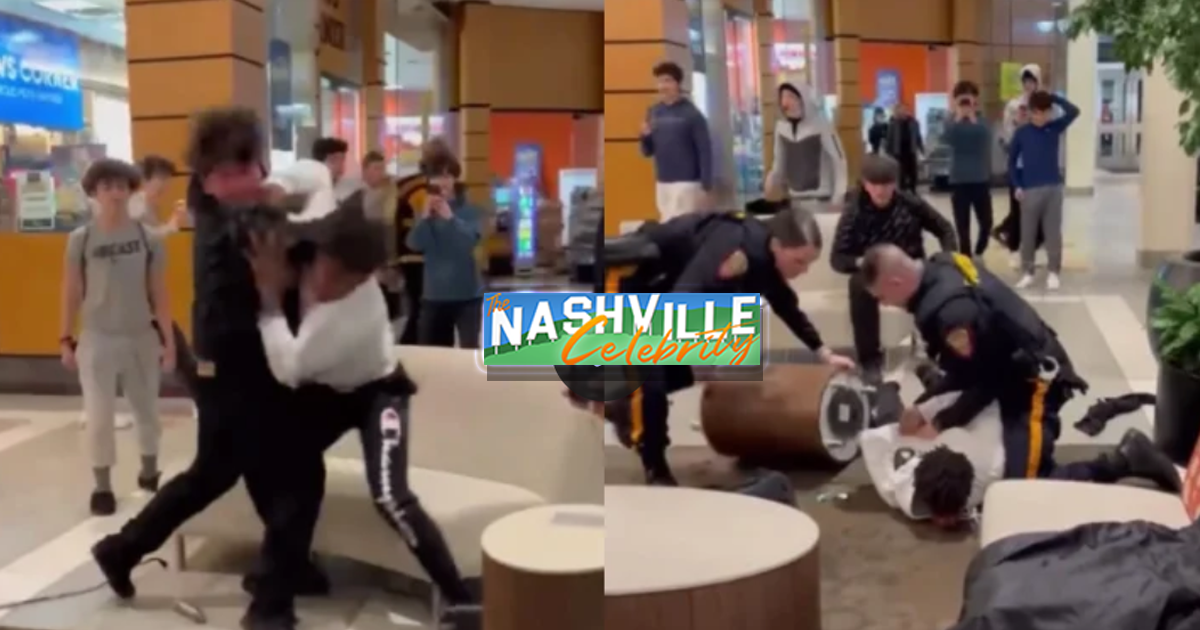 Two boys just start sluging eachother until the cops get there.

NEW JERSEY — Video of a fight at Bridgewater Mall in NJ has sparked outrage online — after the video showed police pinning and handcuffing a Black teen on the ground while a white teen involved was left seated on a couch.

Video of the fight showed a Black 14-year-old teenager named Kye, fighting with a 16-year-old on Saturday at Bridgewater Commons mall when two white police officers broke up the fight.

The Black eighth grader had two officers tackle him and kneel on his back to handcuff him while the other teenager involved in the fight is seen sitting on a sofa.

New Jersey Governor Phil Murphy and the NAACP have since weighed in on the actions of the two Bridgewater police officers involved.

“The NAACP -NJ State Conference was disappointed today to see still another police action irrefutably showing the disparate treatment of African-Americans in our police institutions. Despite years of talk about bias training and accountability, the video of what happened today in Bridgewater cannot be denied. When Bridgewater police found two youths fighting, the immediate reaction was to aggressively throw the black child to the ground, knee placed around the neck area and cuffed behind the back,” the NAACP said