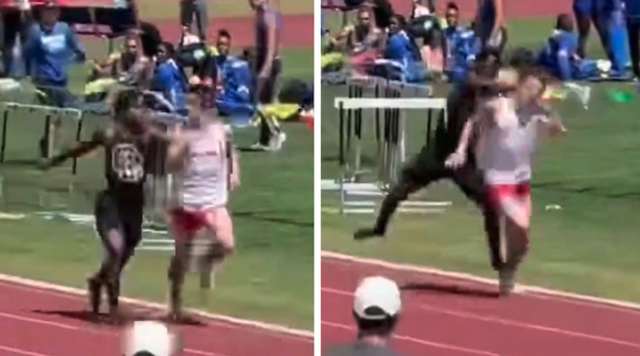 A wild sucker-punch was thrown during a high school track race in Florida over the weekend. The punch occurred at the Tohopekaliga Tiger Invitational in Kissimmee on Saturday. According to Canadian Running Magazine, the incident happened during a 1,600-meter race. Witnesses as saying that the athlete who threw the punch was not involved in the race. He was reportedly standing on the track, and the runner in first place — who ultimately got punched — told him to move out of the way.