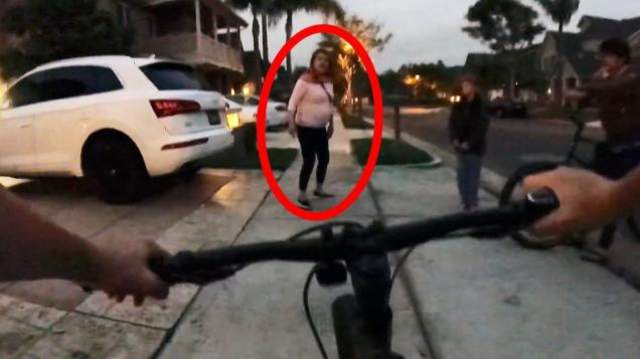 An 80-year-old California woman has been charged with assault after she was seen on video pushing a kid riding his bicycle on the sidewalk. “Get the hell off the sidewalk, now!” Susan Garcia tells the 12-year-old boy, while appearing to shove him backward. The encounter was captured on the boy’s GoPro camera in an upscale gated community in Santa Ana. Garcia then headed to the boy’s front door to speak to his mom, Whitney Gregory. After watching the video, she pressed charges against Garcia.  Watch below: