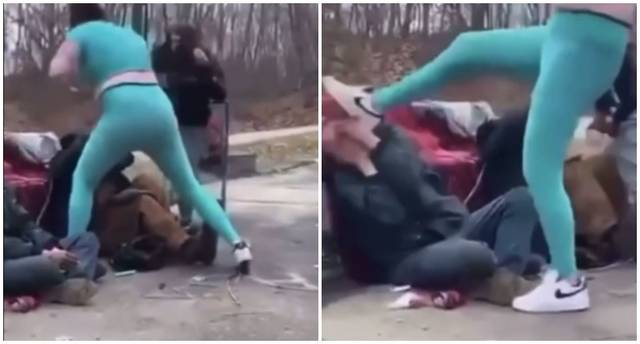 The video, which went viral on TikTok, shows two girls punching and kicking a woman in the face before one of the teens turns towards a man and assaults him in the same manner. This Sunday, Auburn Police announced a 16-year-old girl and 14-year-old girl were arrested and charged with aggravated assault.

“The female was with a male subject, also believed to be without housing and both appeared to have been assaulted. Officers interviewed the two, attempting to ascertain what had happened to them. At the time, the two victims were not willing to provide additional information to officers,” a press release from Auburn Police stated, adding that the girls’ mothers were the ones who turned them in.

A 15-year-old boy who recorded the video faces charges including conspiracy to commit aggravated assault. The suspects’ names are being withheld due to the fact that they’re minors.