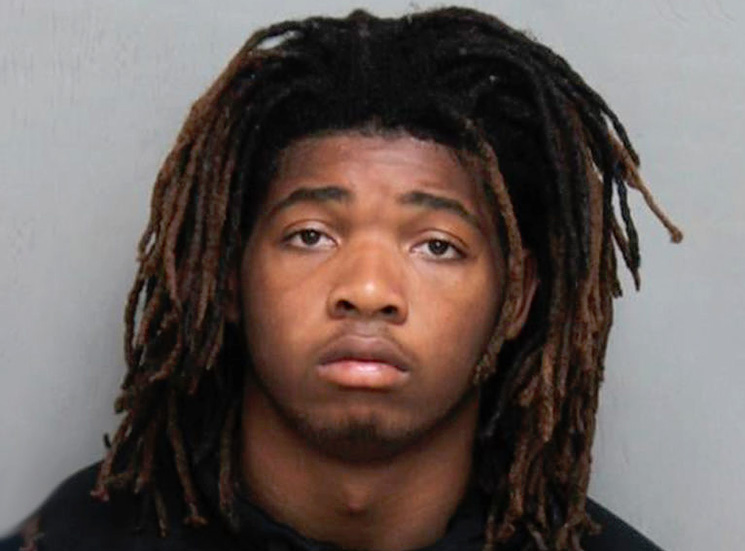 Virginia Tech linebacker has been indicted by a grand jury in the mistaken-gender murder of a male Tinder date.

Isimemen Etute, 18, was indicted by a grand jury on second-degree murder charges in the beating death of Jerry Smith, 40, who Etute mistook for a woman.

Etute swiped right on Smith’s profile, under the mistaken belief that Smith was a woman named “Angie.”

Smith allegedly used a woman’s picture in his Tinder profile and asked men to wear a blindfold when they arrived at his apartment.

He returned to the apartment on May 31 to confirm if Smith was male or female, according to the Roanoke Times.

Etute groped Smith’s genitals in the dark apartment before beating him to death, a detective testified.

Etute told police he punched Smith repeatedly in the face and continued punching and stomping the victim after he fell to the floor. He said he heard Smith “bubbling and gurgling” and left the apartment without calling the police or medics.

Smith’s body was found in his Blacksburg, Va. apartment on June 1. The coroner’s report noted Smith lost multiple teeth, had multiple skull fractures and every bone in his face was broken.

Rumors had spread on campus that Smith was a man who tricked young males into believing he was female. Smith was allegedly fired from Blacksburg area bars for sexually harassing young men.

Multiple Virginia Tech players — most of them wearing Virginia Tech gear — were in attendance to support Etute at his packed bond hearing in June.

He reportedly spent the summer under house arrest with his family in Virginia Beach.

Etute was suspended from Virginia Tech and the football team following his arrest in June.

Another hearing is scheduled for November 18.