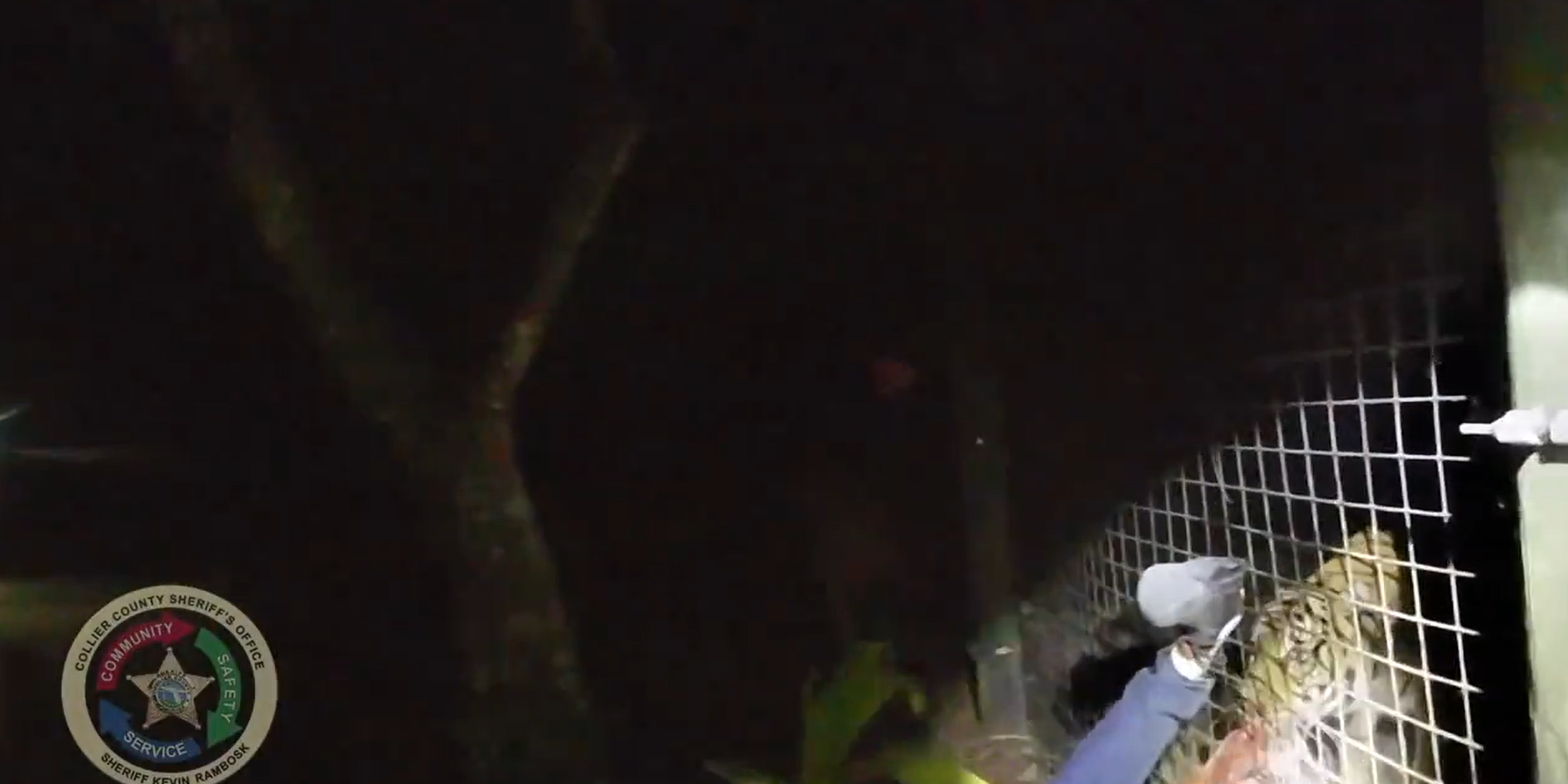 Deputies were called to the zoo, which was closed to the public at the time of the incident, and found the tiger with the worker’s arm in its mouth, the Collier County Sheriff’s Office said.

“The first deputy on scene kicked the enclosure and tried to get the tiger to release the man’s arm from its mouth but the deputy was forced to shoot the animal,” the sheriff’s office said in a statement.

Eko, an 8-year-old Malayan tiger, was shot by a sheriff’s deputy. After being shot, the animal retreated into its enclosure and later succumbed to its injury.

The wounded man, identified as 26-year-old River Rosenquist, was transported to an area hospital with serious injuries and could now face criminal charges, authorities said.

Rosenquist, a third-party maintenance worker hired to clean restrooms and the gift shop, entered an unauthorized area and was possibly petting or feeding the male tiger at the time of the attack — “both of which are unauthorized and dangerous activities,” officials said.

The Malayan tiger is classified as a critically endangered species, with fewer than 200 animals of its kind remaining in the wild, according to the World Wildlife Fund.

Advertisement. Scroll to continue reading.
In this article:Featured, Video, videos