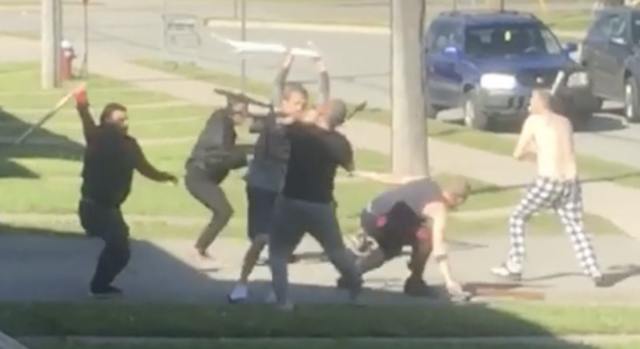 “Low income neighborhood, a foreign guy was in the middle of the road in his car talking to another guy & the white guys were in a van trying to drive past. The foreign guy apparently didnâ€™t move fast enough so the white guys in the van got out to talk shit. Thatâ€™s when a mob of other foreign guys came from behind the building locked and loaded with anything they could grab. And the video is the result of the whole thing.”