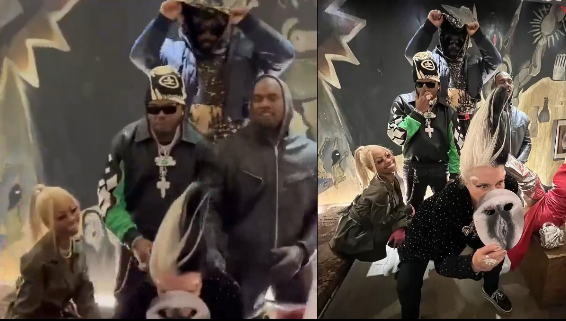 Gunna has been proving his worth as an artist and now he is taking over the media outlets. He recently linked up with Kanye West and his new girl Julia Fox during a Paris Fashion Week. The pictures of the stars hanging out have been all over social media.

Gunna is having an outstanding year. The 28-year-old rapper recently released a new album, ‘DS4EVER’ that became a huge success. The young rapper managed to outsell the world’s hottest R&B star, The Weekend for two weeks straight. His collaboration with Young Thug on a song called ‘Pushin P’ has become a major hit with over 28 million streams on Spotify in just a few weeks and his feature with Drake, ‘P Power’ just debuted at number 24 on Billboards hot 100.