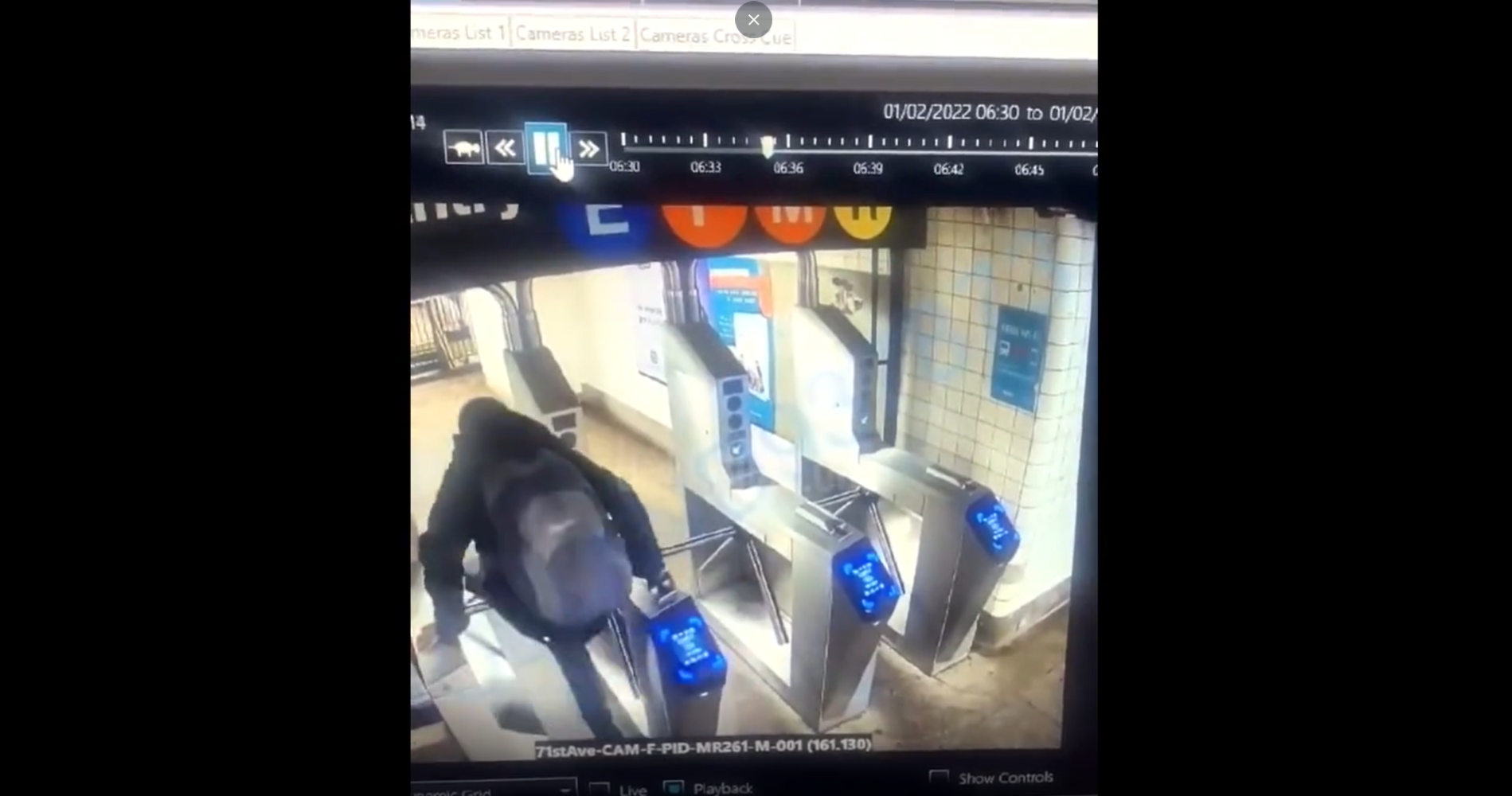 NEW YORK — A 28-year-old man is dead after breaking his neck while jumping a turnstile at a Queens subway station Sunday, shocking new video shows.

Police say Christopher De La Cruz, 28, was “attempting to evade the fare” when the freak accident took place at about 6:45am Sunday at the Forest Hills-71st Avenue train station in Queens.

The disturbing video shows De La Cruz trying to jump over a turnstile after he entered the station — but he falls and appears to drop his phone.

De La Cruz then gets back up and can be seen stumbling backwards before repeatedly trying to hop over another turnstile.

On the final attempt, De La Cruz loses his balance and flips over the barrier, crashing down onto his head and fatally snapping his neck, police said.

He was pronounced dead at the scene.