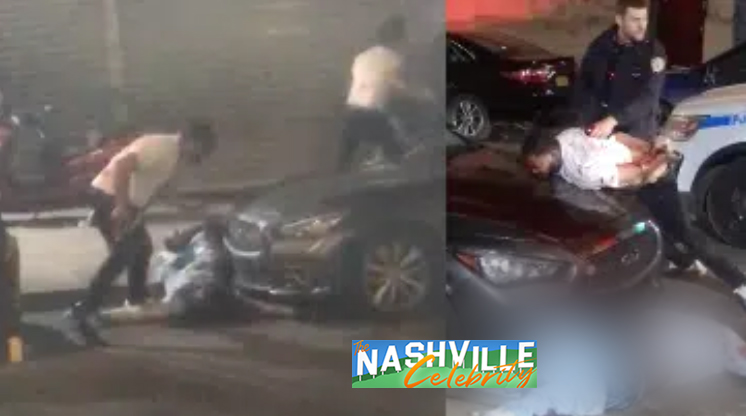 New video shows what ensued after two men were shot dead following a fight at a baby shower in the Bronx Saturday.

The shooting took place just before 11pm near the corner of East 198th Street and Webster Avenue in the Bedford Park section of the Bronx, authorities said.

The men were attending a baby shower in the hall of a building near the location when a fight started outside.

According to police, Wayne Smith, 28, of New Rochelle, allegedly shot 24-year-old Arnold Oliver in retaliation, moments after he reportedly shot Smith’s brother during the dispute.

24-year-old Jamal Smith was shot once in the face and Arnold Oliver was shot in the chest.

Both men were taken to St. Barnabas Hospital where they were pronounced dead.

Hours later, detectives booked Wayne Smith on charges of murder and criminal possession of a weapon.

What prompted the fight before the shooting is unclear at this time.